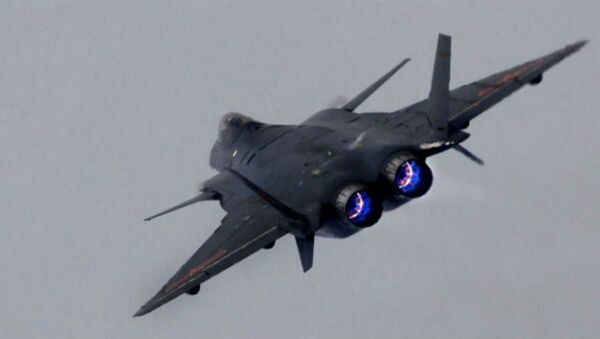 The J-20 is the most recent addition to China's aerial fleet. The craft was not featured on the participation list that the air show's organizer released on October 27, however, four J-20s were seen in the skies on Tuesday, flying in formation, China Military reported.

People's Liberation Army (PLA) Air Force spokesperson Shen Jinke confirmed on Friday that the J-20 will appear with a new look and formation to mark the 69th anniversary of the founding of the PLA's Air Force, and the air force will share its birthday present with the public at a variety of celebration activities. He also hinted that the PLA's Air Force will have a “special surprise” in store with its ''strongest lineup", while declining to reveal what the surprise might be.

“The domestically-developed GJ-2 is a medium- and high-altitude, long-endurance reconnaissance-strike drone, which has played an important role in border patrol and the anti-terrorism fight,” he said.

The Zhuhai exhibition will also showcase the Y-20, a versatile transport aircraft, which is designed to carry cargo and personnel over long distances in complicated meteorological conditions.

Airshow China is an international aerospace trade show endorsed by the central government, held every two years since 1996 in Zhuhai, Guangdong Province. The show was originally designed as a place for displaying only aircraft yet it has grown into a defense exhibition showcasing China's most up-to-date military equipment. The 2016 Airshow China included participants from 42 countries with a total of $40 billion worth of deals struck.