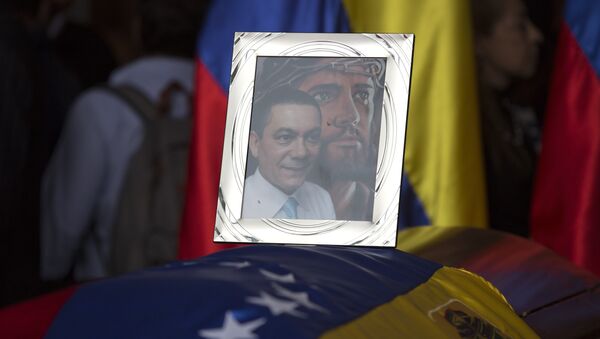 MEXICO CITY (Sputnik) – The post-mortem examination has not found any traces of torture of Venezuelan opposition activist Fernando Alban who has recently died in custody, the country’s Prosecutor General, Tarek William Saab, said.

"No signs of torture have been found," Saab said on Wednesday as aired by the Globovision TV broadcaster.

Alban was detained in early October on the charges of plotting an assassination of Venezuelan President Nicolas Maduro. The authorities subsequently said that the opposition figure had committed suicide but other opposition politicians and supporters dismissed this version, claiming that Alban had been murdered.

The situation has provoked the reaction of rights groups, international organizations and government from across the world, which called on Caracas to carry out a thorough investigation into Alban’s death.

The failed assassination of Maduro took place in early August during a military parade in the Venezuelan capital. The president was left unharmed while seven security officers had been injured in the incident.