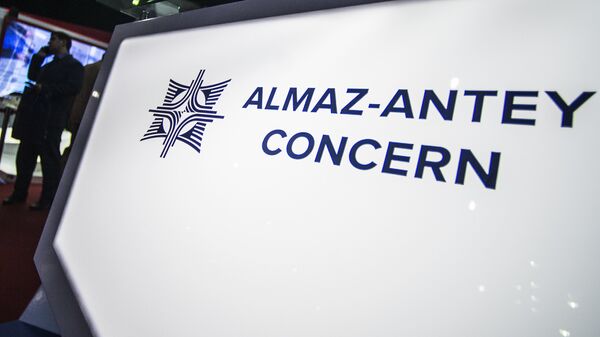 On November 6-11, Russia’s Almaz-Antey Air and Space Defense Corporation will attend the 2018 China International Aviation & Aerospace Exhibition in Zhuhai, China, according to the company's press service.

The corporation's six subsidiaries will all display their products at the show. Their joint corporate stand will feature models, videos and media presentations on short-range, medium-range and long-range surface-to-air missile systems. Visitors will get a chance to see the S-400 Triumph and S-300VM Antey-2500, the S-300PMU2 Favorit, and the wheel-mounted Buk-M2E. Visitors will encounter various modified versions of the Tor SAM, including the Tor-M2KM, a portable self-contained combat module which can be mounted onto ships and trucks.

The stand will also provide updates on naval SAMs, including the Rif-M, the Shtil-1, the Klinok, the turret-mounted 3M-47 Gibka launcher, Moskit-E anti-ship missiles and Podzagolovok-24E equipment for standardizing the electromagnetic parameters of shipborn radio-electronic systems.

The corporate press service release quotes Almaz-Antey Deputy General Director for Foreign Economic Operations Vyacheslav Dzirkaln as saying: "Participation in AIRSHOW CHINA 2018 aims to boost the corporation's image as a reliable supplier of exclusive defense technologies for the Russian Armed Forces and to expand the range of potential clients among the Asia-Pacific countries."

Roscosmos Will Not Take Part in Farnborough Airshow in UK – Press Service
During the exhibition, the corporation will also reveal its science and technology achievements and potential for developing, manufacturing, upgrading and servicing weaponry, as well as its ability to safely dispose of old equipment, Dzirkaln noted.

According to Dzirkaln, there are plans to meet and speak with potential clients, including representatives of Chinese state agencies and businesses, as well as public and private sector buyers in other countries.

The Almaz-Antey Air and Space Defense Corporation is a major integrated Russian defense sector association, with an estimated 130,000 employees. In 2017, the corporation ranked eighth among global arms manufacturers in the TOP-100 ranking published by Defense News in the United States. Almaz-Antey equipment is used in over 50 countries.