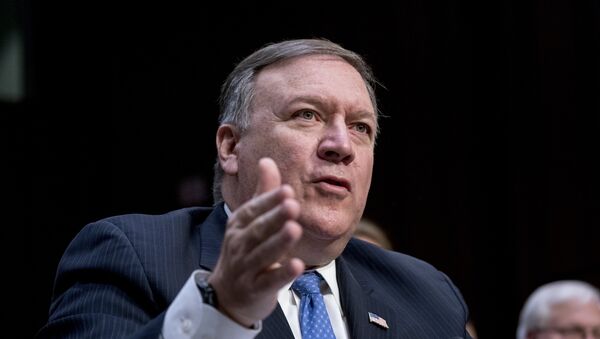 WASHINGTON (Sputnik) - North Korean Chairman Kim Jong-un has agreed to allow US inspectors to visit two significant nuclear and missile test sites in the country, Secretary of State Mike Pompeo said in an interview on Wednesday.

"I was with Chairman Kim, now three, three and a half weeks ago, he committed to allowing American inspectors to come look at two significant sites," Pompeo told FOX News.

Pompeo said he and his North Korean counterpart will further discuss this matter when they meet in the coming days.

On October 7, Pompeo visited North Korea where he met Kim and discussed organization of the second top-level US-North Korean summit. According to the Asahi newspaper, the summit could be held in mid-November in Europe.

The situation on the Korean Peninsula has significantly improved since the beginning of this year, with North Korean leader and South Korean President Moon Jae-in having held several meetings. In June, Kim also reached an agreement with Trump, stipulating that North Korea would make efforts to promote complete denuclearization of the peninsula in exchange for US-South Korean military drills' freeze and a potential removal of US sanctions.