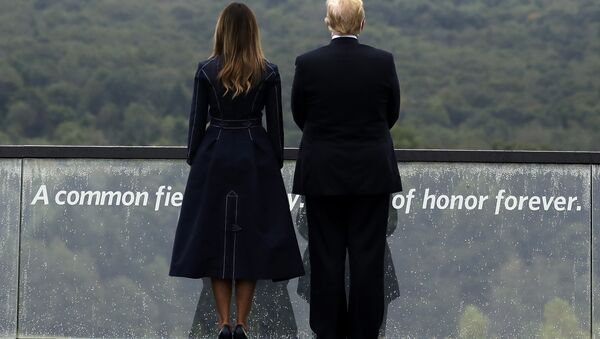 WASHINGTON (Sputnik) – Several high-profile US lawmakers have declined an invitation to join President Donald Trump on his visit to Pittsburgh to pay tribute to the 11 victims of Saturday’s mass shooting at a synagogue, US media reported on Tuesday.

Pittsburgh Mayor Bill Peduto was also invited but won’t be appearing with Trump, the report added. The city’s Democratic mayor urged Trump to not visit Pittsburgh until after the funerals for victims have concluded, saying all attention should be on the victims.

In addition, Peduto noted that his city doesn’t have enough public safety officials to protect the funerals and at the same time host a presidential visit.

US Haunted House Held ‘Swastika Saturday’ Party Hours After Synagogue Attack
City and local officials are expecting at least two protests to coincide with the funerals, the Washington Post reported. A person involved in planning the events told the Post that no one wants Trump to be in Pittsburgh on Tuesday.

The president is not expected to speak in Pittsburgh, according to a White House official.

Earlier, Trump has condemned the Pittsburgh synagogue shooting, saying there would be no tolerance for anti-Semitism following the attack on Saturday.

On Monday, US Attorney Scott Brady announced that the first hearing for Robert Bowers, a gunman who opened fire inside a synagogue in Pittsburgh last week, killing 11 people and injuring six others, including police officers, according to US authorities, has been set for November 1.

The suspect, identified as Robert Bowers, was reportedly shouting anti-Semitic slogans during the shooting. He surrendered to police and was arrested.