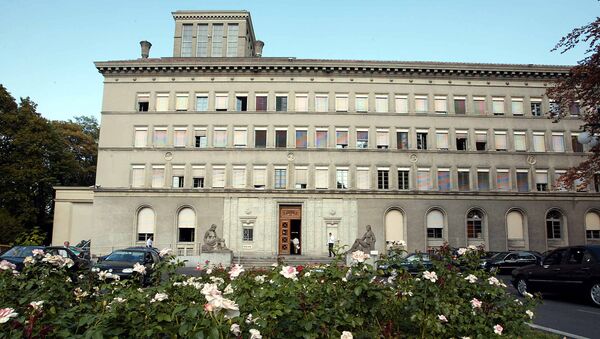 Earlier, the United States requested that a World Trade Organization dispute resolution panel judge a row over international reprisals against US tariffs on steel and aluminum.

The US WTO envoy Dennis Shea was "deeply disappointed" by the EU push to litigate over the US metals tariffs and has urged EU members to consider their broader interests.

"We would encourage the European countries to consider carefully their broader economic, political, and security interests," Shea said.

He added that discussions on metals tariffs with Canada and Mexico were constructive and hopeful of reaching agreement.

US Tariffs Loom Large in Kansas Primary Election
The envoy also said that going ahead with hearings on US tariff disputes would undermine the viability of the WTO.

"We will not allow China's Party-State to fatally undermine the U.S. steel and aluminum industries, on which the U.S. military, and by extension global security, rely," Shea added.

Since March, the Trump administration has introduced a series of tariffs on foreign imports, prompting a backlash from many of Washington's trade partners. The European Union, China and Mexico have all imposed retaliatory tariffs on US goods in response to Trump's duties on steel and aluminum.

BRICS members China, India and Russia, as well as other states have also initiated disputes against the US measures within the World Trade Organization (WTO).