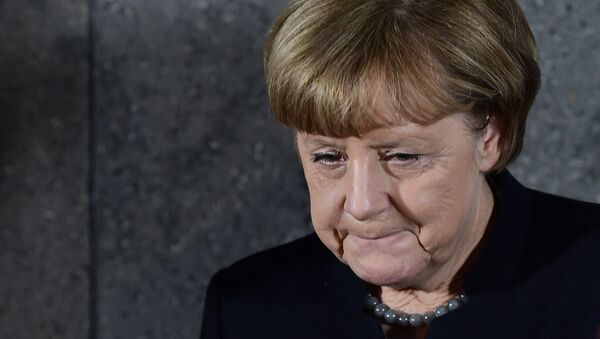 While the CDU declined by about 10% in their share of the vote since the last elections, Alternative for Germany (AfD) managed to get some 12%, entering Hessen’s parliament for the first time.

According to exit polls, the Christian Democratic Union (CDU) is leading in the election; however, support for the party declined significantly. According to the broadcaster ARD, the CDU polled 28%, while the Social-Democratic Party (SPD) won 20%, whereas their allies from the Green party managed to garner 19.5%.

Angela Merkel’s CDU has thus lost a significant portion of the vote, dropping to 28% from 38.3% in 2013. Meanwhile, the SPD, which is currently placing second, won 20%, a decline from 30.7% in the previous election.

At the same time, the AfD succeeded to overcome the 5% threshold, which means that the party will be represented in all the regional parliaments in Germany.

German Ruling Party’s Popularity Slips Further as Greens’ Support Climbs – Poll
The polls show a change in the political landscape, which was also seen during the Bavarian election earlier this month. The sister party of the CDU, the Christian Social Union (CSU), attracted only 37% of voters in its worst result in 50 years, as the conservative party has dominated the Bavarian parliament for decades, while the AfD and Free Voters surged significantly.