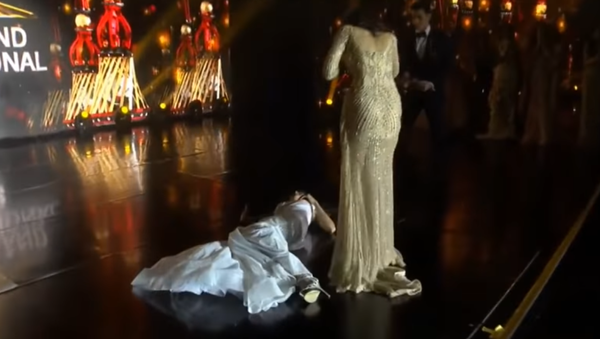 Prior to the beauty pageant's results being announced, one contestant joked when asked for a comment that she was "about to have a heart attack, "ABS-CBN News reported.

The winner of the beauty contest, Miss Grand International, Paraguay's Clara Sosa fainted and collapsed after the announcement that she had won, ABS-CBN News reported.

The video of the incident has emerged on YouTube with two contestants standing in front of each other holding hands anxiously waiting for the announcement about the winner. Following the announcement that Paraguay had won, Sosa, presumably, failed to cope with the emotional strain and dropped unconscious to the floor.

This year's Miss Grand International was held in Myanmar.