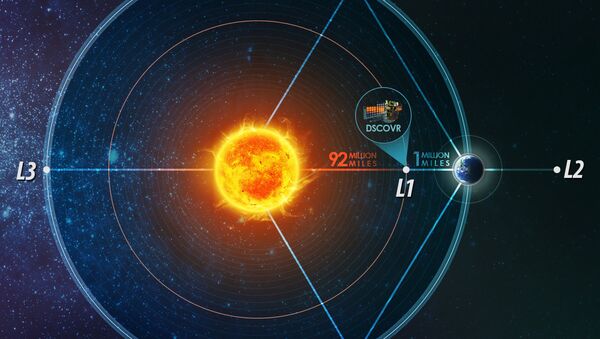 Hungarian astronomers claim that they have found evidence of the long-theorized Kordylewski moons of Earth, ghostly dust clouds stuck in stable orbits between their two celestial hosts.

By constructing a computational simulation based on equations for an astronomical system that included the Earth, the moon, the Sun and a single discrete dust cloud, astronomers first digitally proved the potential existence of a enormous ‘dust bunny' at L5 — a ‘LaGrange' point between the Earth and the moon — and then set about looking for it.

According to one of two papers published in the Monthly Notices of the Royal Astronomical Society, the Kordylewski cloud has been been optically identified, in confirmation of a previous analysis by by Russian scientists.

The existence of a Kordelewski cloud hinges upon the gravitational attraction between two orbiting bodies, particularly the spot where that attraction is equal, known as the Lagrange point, after Joseph-Louis Lagrange, a late-18th-century Italian astronomer and mathematician.

The five known Lagrange points between two orbital bodies — L1 to L5 — are relatively stable and have long been thought to act as matter collectors, hence the possibility of tightly-packed clouds of interplanetary dust circling the Earth at a point nearby the moon.

Lagrange point L2, between the Earth and the moon, will be the future position of NASA's soon-to-be-launched James Webb Space Telescope.

While the idea of ghostly clouds of dust circling the Earth in stable clumps has long been accepted as theoretically sound, no proof was available until the publication of the new papers.

By using unique lenses that measure light polarization, study author Judit Slíz-Balogh — working from a private astronomical observatory in Badacsonytördemic, Hungary —
sought optical evidence for a visual signature of a Kordylewski dust cloud at L5 — one of the five stable LaGrange points between orbital bodies, and found it

"After several-months of perseverance — because it is hard to find moonless and cloudless good nights in Hungary — we succeeded in catching the [Kordylewski dust cloud] around the L5 Lagrange point on two consecutive nights," the study authors detailed in the second of two papers published in the Monthly Notices of the Royal Astronomical Society, cited by Gizmodo.

Although some astronomers warn that the new findings may only reveal transient phenomena, a growing body of evidence now points to the likelihood of additional — although tenuous — moons orbiting our Earth.