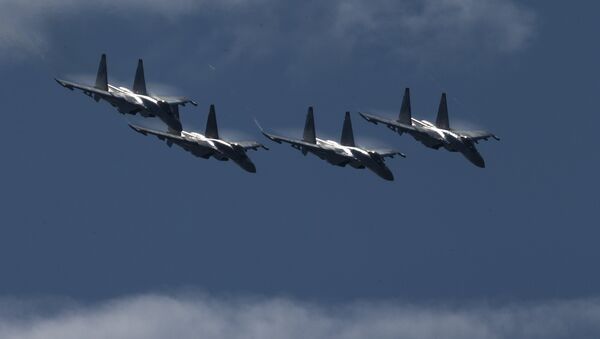 MOSCOW (Sputnik) - Sixteen foreign aircraft have been spotted while carrying out reconnaissance activities near the Russian border over the past seven days, an infographic published by the Russian Armed Forces' official newspaper Krasnaya Zvezda showed on Friday.

Russian fighters had been scrambled four times in order to prevent foreign planes from trespassing over the past week, the data showed. The Russian airspace has not been violated, according to the outlet.

"A significant increase in NATO reconnaissance activity in the Baltics and the Black Sea region has been recorded. This year alone, the aircraft of the Russian Aerospace Forces have been alerted to intercept possible violators of the state border more than 120 times," the minister said at the Russia-Belarus joint military panel.

However, a security source has told Sputnik that Russian vigilance indicates that stealth technologies are not effective against Russian air defenses.