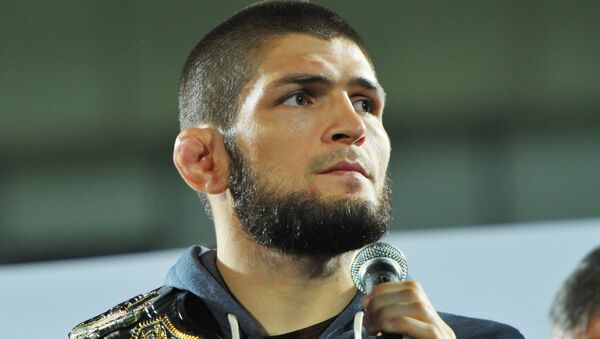 Featherweight athlete Michael Johnson is seeking a rematch with the UFC lightweight star, Khabib Nurmagomedov, in the future after suffering a devastating defeat in November 2016, MMAjunkie reported.

“I wasn’t comfortable in that fight, and I still hurt him. I was thinking about his wrestling. But keep this in mind, and this is for sure: I will face Khabib again, and this time it’s going to be a different scenario,” he told MMAjunkie at the UFC Fight Night 138 media day.

“I’m working my way back up to that lightweight division because three of the top five guys I’ve beaten,” It’s definitely on my mind, and he’s definitely back in my mind to get that fight again. So once I get done with my business at ’45, we’re going to be seeing him shortly,” Johnson elaborated.

On Saturday, Johnson will replace Team Khabib's Zubaira Tukhugov in a fight against Artem Lobov at UFC Fight Night 138 at SMG Moncton.

Tukhugov was disqualified for his involvement in the brawl following Nurmagomedov’s victory over Conor McGregor at UFC 229 earlier this month.