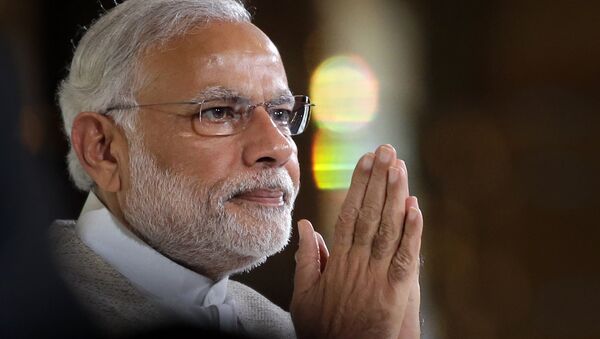 Ahead of Prime Minister Narendra Modi's arrival in Japan for the 13th annual bilateral summit, India's External Affairs Ministry has emphasized that improving ties between China and Japan will not have any negative impact on the visit. Leaders of India and Japan are set to discuss the Indo-Pacific at length, including matters related to connectivity and infrastructure, as well as the political and security situation in the region during the summit.

"I have absolutely no hesitation in saying that his (Abe) visit to China will have no impact on India-Japan bilateral relationship…I can say with confidence that not only will there be no impact on India-Japan relationship but we also welcome the improvement in relationship between China and Japan because our view in Indo-Pacific which is inclusive and which brings everybody on board is the view our Prime Minister has spoken about," Vijay Gokhale, top diplomat at India's Ministry of External Affairs, told reporters in New Delhi.

"We have shared vision not only on bilateral relationship but in regional and global perspective which is also reflected in Indo-Pacific," Gokhale added.

Asia
India, Japan to Sign Maritime Pact to Monitor Chinese Warships in Asia-Pacific
India and Japan will discuss collaboration in infrastructure projects in neighboring countries and possibly in East Asian nations in a fashion similar to their collaboration in Sri Lanka. It is presumed that Japan is eager to partner with India in infrastructure projects to counter China's Belt and Road Initiatives in the region.

"I expect that there will be some specific outcome as a result of the discussion (on collaboration in infrastructure projects)," Gokhale said.

Furthermore, a maritime domain awareness agreement is expected to be signed during the summit, while negotiations will be started on the acquisition and cross-service agreement (ACSA) — an agreement which would allow the navies of the two countries to get access to each other's military bases. Regional security will be another key topic of discussion.

"We presume that given the interest Japan has in issues related to the Korean peninsula and DPRK, this matter will be discussed. We will certainly raise our concerns over terrorism and other trans-border crimes which are of importance to us," Gokhale stated.