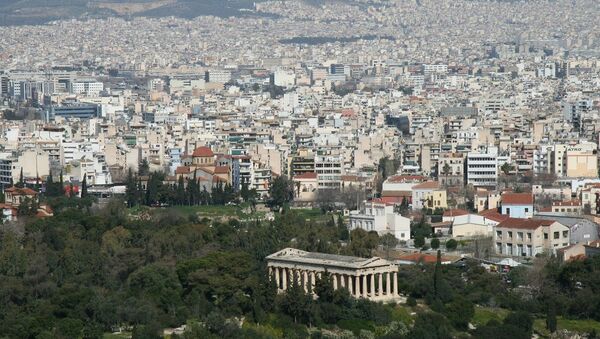 The Greek Foreign Ministry in the center of Athens was evacuated on Friday over a suspicious package that arrived in the mail, Kathimerini outlet reported.

“Nothing terrible happened. There was a package that seemed suspicious during a security check. In accordance with the safety instructions that are strictly observed at the Foreign Ministry, the building was evacuated," Greek Foreign Ministry representative Alexandros Gennimatas told Sputnik.

Bomb disposal technicians and police were summoned to the area, he added. At the moment no further information is available.

FM Kotzias' Resignation Reveals Poor Greek Leadership, Messy Alliances—Professor
The Ministry of Foreign Affairs is located in central Athens, in a building complex near to the Greek parliament.

The evacuation comes amid reports about at least ten possibly harmful explosive devices that were mailed to prominent US politicians, activists and media earlier this week. Among those targeted by the suspicious packages, were former US President Barack Obama and former Secretary of State Hillary Clinton, actor Robert De Niro, and the CNN central office.