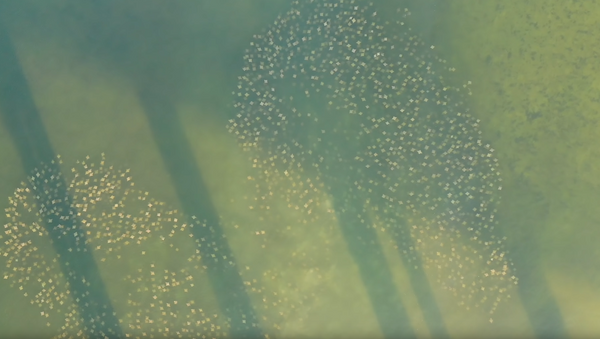 A family reunion in motion!

A little over a month ago, drone footage captured thousands of cownose rays swimming by Marco Island Bridge in Florida.

Though some may be alarmed at the sight at first, the cownoses were actually just migrating, which they do "due to seasonal changes in water temperature and sun orientation," according to the Saint Louis Zoo's website.

Interestingly enough, the site also claims the rays — in addition to not spending as much time on the seafloor as other stingrays — are known to leap "clear out of the water and land on their bellies, making loud smacking sounds." So don't panic if you hear a few claps!