Actors and Film Stars Back Campaign for Wildlife Sanctuary in Antarctica 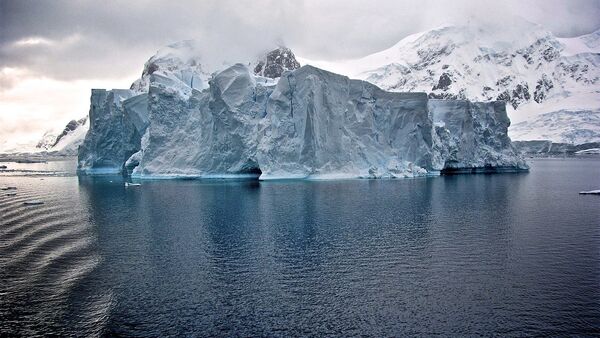 CC0 / /
Subscribe
Next week a decision is expected to be made on whether to create a huge wildlife sanctuary - five times the size of Germany - in Antarctica. The campaign has got the backing of conservationists as well as actors Javier Bardem and Gillian Anderson.

The Commission for the Conservation of Antarctic Marine Living Resources, meeting in Hobart, Tasmania, will be asked to decide whether to create the Antarctic Ocean Sanctuary.

There is already a smaller wildlife sanctuary on the other side of the Antarctic, near the Ross Sea but the proposed zone would be 1.8 million square kilometers and would include the Weddell Sea.

If it goes ahead it will be the largest protected area on the planet and would protect thousands of whales, penguins, seals and birds.

Soon, governments of the Antarctic Ocean Commission will begin discussions on creating an Antarctic Ocean Sanctuary. It would be a safe haven for marine life, put the area off-limits to industrial fishing and help tackle climate change. Let's make history: https://t.co/99GOJ7jcUG pic.twitter.com/6E2NNU1TG9

​Among the celebrities backing the call for the sanctuary are Hollywood film star Javier Bardem and Gillian Anderson, the actress best known as the star of 1990s TV show The X Files.

Last week Bardem penned a first person piece in The Guardian, in which he mentioned his own visit to Antarctica with a Greenpeace team back in January this year.

"I'm told that more people have been to the moon than have been to the bottom of the Antarctic ocean. Maybe that's apocryphal, but it certainly feels like it. We know precious little about this alien environment, which is why it is so crucial to protect it before it is too late," Bardem wrote.

More than two million people worldwide — 355,000 of them in the UK — signed a Greenpeace petition, supporting the sanctuary, and  which was delivered to the Foreign Office in London by Anderson earlier this month.

In just three months, the Antarctic Ocean Commission will decide if a vast Antarctic Ocean sanctuary will be created.Join Javier Bardem and help create the largest protected area on the planet
🔺Sign the petition🔺 ➡️ LINK IN @wildlifefirst Greenpeace https://t.co/bcc4FKMWX4 pic.twitter.com/hGaIc9fNO5

​"Sadly we have been all too quick to exploit our global oceans and all too slow to protect them. Despite scientists agreeing we urgently need massive ocean sanctuaries to protect marine life, progress is glacially slow," said Anderson, who is a Greenpeace Antarctic ambassador.

"Governments have the opportunity to create the largest protected area on Earth, which would be a safe haven for penguins, whales and seals, put the area off-limits to industrial fishing and help to tackle climate change," said Louisa Casson, from Greenpeace.

One of the main threats to the area was industrial fishing for krill — microscopic creatures which are the staple diet for whales but have also become popular for the fish food and health food industries.

In July this year the Association of Responsible Krill harvesting companies, which represents 85 percent of the krill fishing industry, gave their seal of approval to the sanctuary.