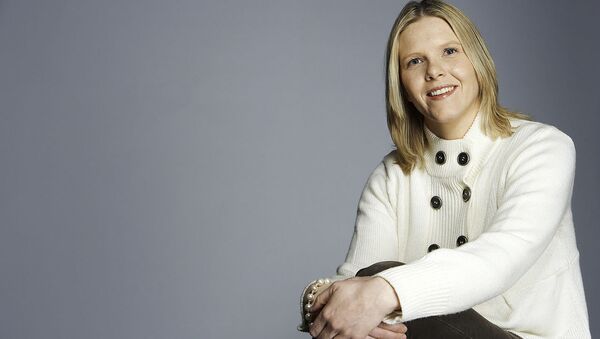 In her new book, Progress Party deputy leader and former Norwegian Immigration Minister Sylvi Listhaug suggested that playing the victim in today's climate has a lot of benefits, venturing that people were tired of this behavior.

Right-wing Norwegian politician Sylvi Listhaug has published a book called "When Others Keep Silent," which features searing attacks on feminism in general. She called the notion a left-wing idea and criticized the anti-harassment movement #MeToo in particular, which, she ventured, failed to address real problems. The book is penned in collaboration with journalist and non-fiction writer Lars Akerhaug.

"If you listen to the feminists, every time a man whistles to you, it's a form of abuse," the Progress Party figurehead wrote, as quoted by national broadcaster NRK. "Based on what the feminists say, it appears that young women suffer a breakdown every time they hear inappropriate slang from a man."

According to Listhaug, the feminist approach to what is commonly referred to "toxic masculinity" often does more harm than good.

"Labeling a slap on the butt and unacceptable behavior in the same category as gross abuse and rape is disrespectful to those who have experienced such horrors," Listhag continued.

According to Listhaug, in the current social climate, it pays to play the victim.

"It offers more advantages than disadvantages. It gives attention and leverage that can even assist one's career," Listhaug wrote, adding that the "radical left" especially sees victimhood as some form of capital that can be used to make a point, emphasize one's position or get quoted by the media.

This past winter, several Norwegian politicians were hit hard by the anti-harassment campaign #MeToo, which originated after allegations of sexual misconduct against Hollywood producer Harry Weinstein. The Labor Party, Progress Party, Young Conservatives and Christian Democrats were all shaken by sexual harassment scandals leading to resignations.

Listhaug, a mother of three, admitted to having been the recipient of unwanted sexual attention in her younger days. She stressed the importance of outing this sort of behavior, but admitted that these instances tend to be overhyped. According to the former immigration minister, people are fed up with #MeToo reports.

"My gut feeling is that people are tired of these issues. The media coverage of #metoo has portrayed Norwegian politics to appear as a bunch of wranglers who spend their time fighting each other instead of talking politics and trying to rule the country," Listhaug wrote.

Listhaug also pointed out that some feminists play the gender card for their own benefit, while claiming to be striving for equality.

"If feminism meant equal rights and no special treatment because of one's gender, I'd call myself a feminist. You cannot try and achieve both equal and differential treatment at the same time," the Progress Party deputy leader wrote.

The euroskeptic Progress Party is currently Norway's third-largest. It is headed by Siv Jensen, who has been Norway's Finance Minister since 2013.