Police Use Tear Gas, Batons to Block Migrants‘ Entrance to Croatia from Bosnia 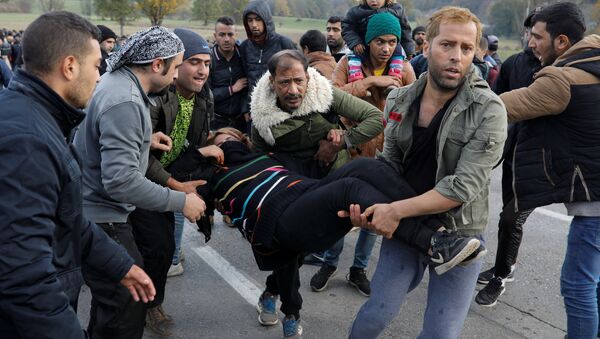 Thousands of migrants are stuck in Bosnia and are now trying to enter the European Union as temperatures are dropping. It is believed that Croatia isn't their main interest, with their final destination being the wealthier countries of Western and Northern Europe.

Croatian riot police have clashed with migrants seeking to enter the country from across the Bosnian border, Reuters reported on Wednesday.

Earlier in the day, hundreds of migrants broke a Bosnian police cordon and blocked the Maljevac border checkpoint in northwestern Bosnia in a bid to pressure Croatian authorities into allowing them clear path towards Western EU countries through Croatia.

Meanwhile border crossing Maljevac between #Bosnia and #Croatia is now closed after group of migrants broke trough Police cordon from Bosnian side of the border. The group has been camping the whole night at the crossing. pic.twitter.com/50BSyx9kuv

They reportedly shouted "Open borders!" hurling stones at Croatian police, who responded with teargas and baton charges, leaving several people injured. A woman sustained head injuries during the clash and was rushed to hospital alongside another injured man. 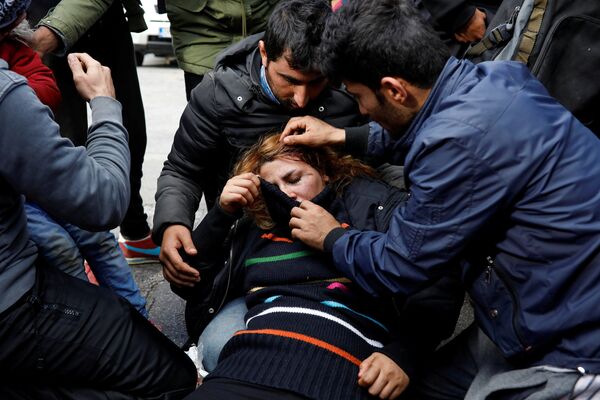 Migrants try to help a woman who was injured during minor clashes with Croatian riot police at Maljevac border crossing between Bosnia and Croatia near Velika Kladusa, Bosnia, October 24, 2018
© REUTERS / Marko Djurica

According to Bosnian media, the migrants had spent two nights sleeping some 100 meters from the border crossing, hoping to be allowed into Croatia. They warmed themselves next to campfires and set up improvised tents to spend cold nights. 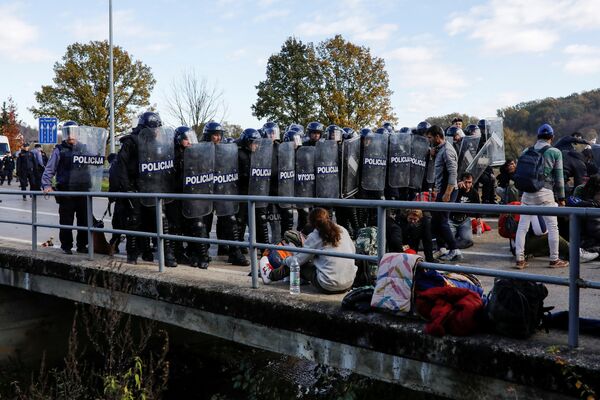 "Some 100 metres off the border between Bosnia and Croatia, a group of some 80 migrants arrived at about 12:00 pm. This number increased to about 350-400 as the day went on. There are people who fall into vulnerable categories there, women and children," said Bosnian police spokesperson Sanela Dujkovic, as cited by N1 media outlet. 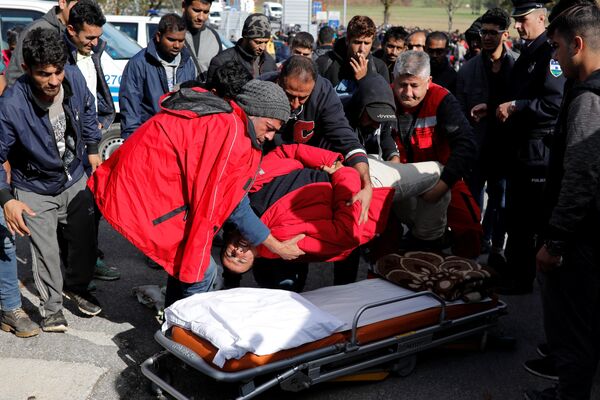 The migrants refused to leave, prompting Croatian police to set up a fence on their side of the border. Most of them want to travel through Croatia, heading to wealthier European Union countries. 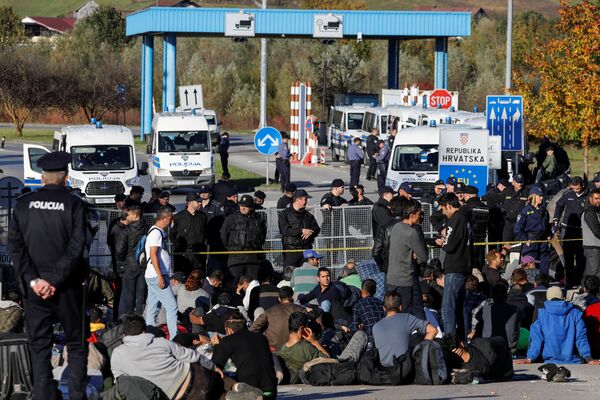 After the official closure of the so-called Western Balkans migration route (Greece-Macedonia-Serbia-Croatia) in 2016, refugees now travel to the EU countries through a new Balkan route, increasing pressure on the reception capacities of Bosnia, Albania, and Montenegro with thousands of asylum seekers registered in these countries in early 2018