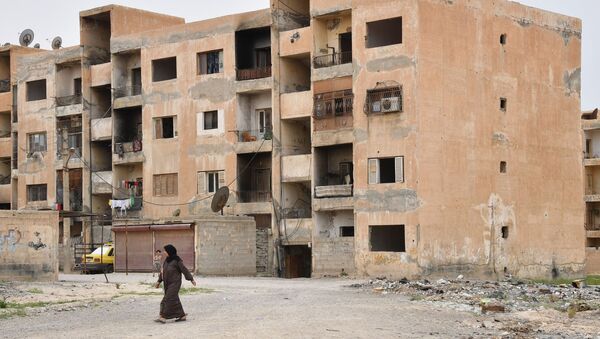 Earlier, the Syrian Foreign Ministry accused the US-Led coalition of violating international law and killing civilians in a letter to the UN following airstrikes in Deir Ez-Zor province.

The international coalition led by the United States launched another airstrike on the village of al-Sousse in the Syrian province of Deir Ez-Zor, which resulted casualties and injuries among civilians, the Syrian news agency SANA reported, citing local sources.

"The coalition announcing the fight against the terrorist group Daesh* conducted a series of bombings of residential areas in the village of al-Sousse and its environs in the southeast of the province of Deir Ez-Zor," the agency reported.

Daesh Attacks US Forces in Deir ez-Zor - Reports
According to SANA, airstrikes destroyed the house of a local resident, resulting in deaths and injuries, the number of which was not reported; the strikes caused significant additional damage.

The coalition's operations in Syria are not authorized by the government of President Bashar Assad or the UN Security Council.