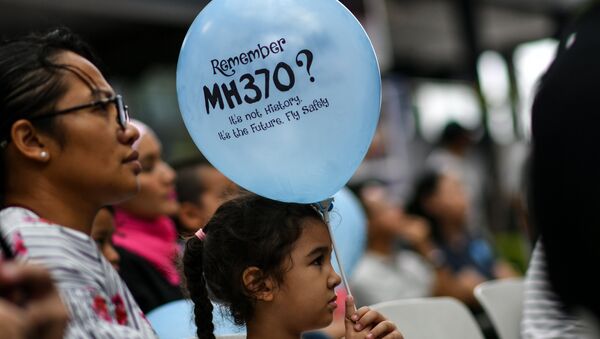 © AFP 2022 / Manan Vatsyayana
Subscribe
Cristian preacher Paul Begley believes that satellite pictures could be showing the location where the Beijing-bound MH370 flight hit the ground. His comments came shortly after the volunteer wreck hunter that spotted the images on Google Maps gave up on his search for the ill-fated plane.

Paul Begley, a pastor from Indiana who has amassed a hefty 280,000-strong YouTube following, said that satellite images show an "obvious crash site" in dense tropical woods of Cambodia, partly supporting claims that the missing Malaysian Airlines flight MH370 crashed there over four years ago.

"What does this mean? Is this the plane that crashed?" he questioned during a live stream sermon, citing an image provided by Ian Wilson, a British video producer who believes to have spotted the missing Boeing on Google Maps. "Is that what we're looking at or is it another plane everyone has forgotten about?"

"I mean it's obvious it is a plane — you can see all the trees knocked down around this thing," the preacher said, while conceding that he didn't know whether this was the MH370 flight's crash site.

Some critics of Wilson's theory retort that what is said to be a wreck is in fact a random in-flight plane pictured by a satellite, but Begley was adamant that this is the case. "There's no way, no plane flying through there. I mean, what are they talking about?"

"We're going to find out because, I think, Ian Wilson is going to get to this thing and certainly there should be military guys dropping in there now. Somebody's got to respond to this."

Ian Wilson embarked on a search mission in Cambodia last week, but was forced to abandon it due to overwhelming physical demands.

The preacher, who was apparently unaware that the mission had been scrapped, praised Wilson's efforts: "Look, I'm hoping this is the site and we can find a way to get closure here because the 239 souls that have been lost, where are they?"