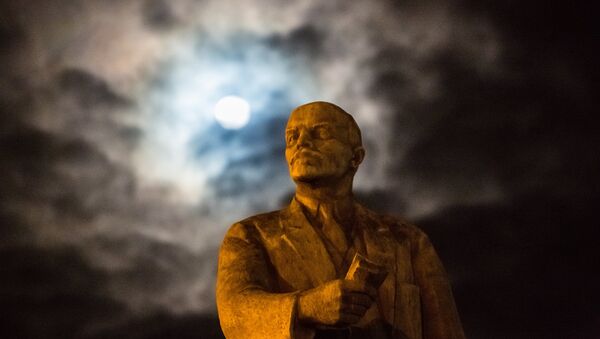 Social media users weren't quite sure what to make of an image of paramedics heading into the mausoleum at the heart of Moscow's Red Square, where the Russian revolutionary has been embalmed since 1924.

The online commotion over Lenin began Saturday, when local Russian media posted a mysterious photo of doctors rushing into the mausoleum. 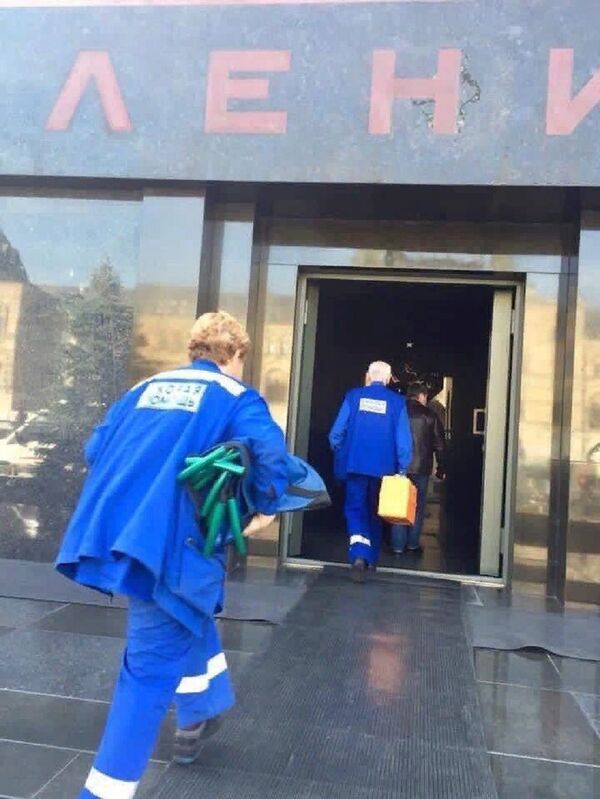 The odd photo was met with amusement, bewilderment, and plenty of memes.

Users spread the photo in the Russian section of Twitter, quipping lines like "Lenin's alive?", "Get ready bourgeois, Lenin has awakened!" and "Lenin called an ambulance yesterday."

Others launched into tongue-and-cheek conspiracy theories, suggesting the photo with the paramedics was proof that Lenin's alive. "It's no accident that the mausoleum closes for lunch," one user wrote.

Some users broke out into poetry and song, including Vladimir Mayakovsky's famous verse "Lenin lived, Lenin lives, Lenin is to live forever."

Others still took a shot at Russia's medical system, joking that this was a case of "Russian medicine in action," with paramedics "responding to a call made 100 years ago."

A few English-language Twitter users also heard about the news, coming up with similarly hilarious comments and a few memes.

Russian ambulance crew seen rushing into Lenin's mausoleum. Is he waking up? https://t.co/djY4AFdQuR

He has returned, to finish what he started… pic.twitter.com/3pl8PIA4pi

On Saturday, Moscow-region television network 360° clarified that the photo was snapped last Friday as paramedics arrived at the mausoleum to provide assistance to a visitor who fallen ill.

50 Shades of Lenin: Colorized PHOTOS Help Bring History to Life
Vladimir Lenin was the leader of the communist revolutionaries who came to power in Russia in 1917, and became the first leader of the Soviet Union when it formed in 1922. After his death in 1924, his body was embalmed and put on display in a temporary mausoleum on Red Square, which was later turned into a permanent fixture. After the collapse of the Soviet Union, debates began on whether Lenin should be removed from the mausoleum and buried. Earlier this year, Russian President Vladimir Putin called the mausoleum a kind of holy site for communists, similar to the burial places of saints in Christian tradition.
Newsfeed
0
Access to the chat has been blocked for violating the rules . You will be able to participate again through:∞. If you do not agree with the blocking, please use the feedback form
The discussion is closed. You can participate in the discussion within 24 hours after the publication of the article.
To participate in the discussion
log in or register
loader
Chats
Заголовок открываемого материала