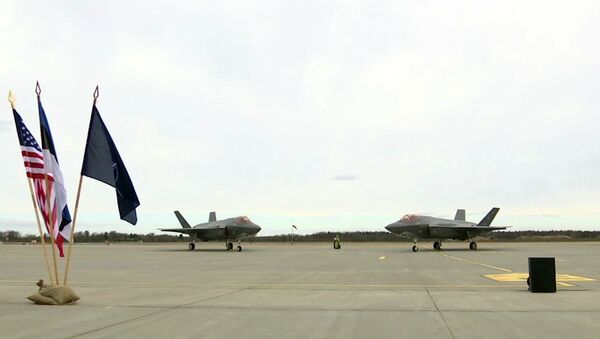 "If I were asked about the next step in the development of defense potential that could have been taken, I believe it could be a joint air defense system of the Baltic states, which would consist of surface-to-air missile systems of the same type, operating on the same platform, with a range of 30 kilometers [18.6 miles], maybe 50 kilometers. There is such need," Terras was quoted as saying by the ERR News broadcaster.

NATO Could Trigger Article 5 in Event of Alleged Russian Cyberattack - Reports
The powers of Terras, who has been Estonian Defense Forces commander since late 2011, are due to expire on December 4. Martin Herem, the incumbent chief of staff of the Headquarters of the Estonian Defense Forces, has been appointed to take up the post.

In August, Russian Foreign Ministry said that NATO avoids dialogue with Moscow on the Baltic region military air traffic safety. In particular, the ministry stressed that NATO claims on the alliance's readiness for dialogue "either demonstrate their forgetfulness, or intentionally mislead the public," because Moscow had initiated discussions in the NATO-Russia Council on air security in the Baltic region twice, but received no response.

READ MORE: Here's What Baltic Countries Really Fear From Russia (and It's Not Invasion)