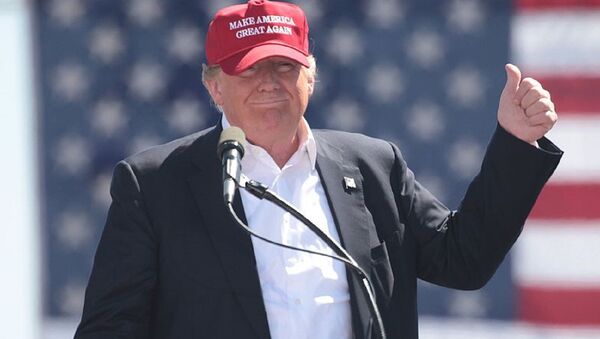 MOSCOW (Sputnik) - The announced intention of the US to pull out from the Intermediate-Range Nuclear Forces Treaty (INF) reflects Trump's desire to show that he would not be obstructed by rules, if he considers some of them not beneficial for Washington, Bundestag member from the Social Democratic Party (SPD) believes.

"Trump continues the 'America First' agenda declared by him. The INF is more of a vehicle: he wants to show the international community that he will not be obstructed by rules," Bundestag member from the Social Democratic Party (SPD) Karl-Heinz Brunner, who is the SPD spokesman on disarmament policy, said.

The German lawmaker believes that such Trump's policy is shortsighted and the "international treaty regimes must be more binding than the agenda of individual administrations."

He further stressed that the world may "fall back into the world-political Stone Age," as "Trump is now actively destroying an order" that the United States used to guard.

World
Madrid Worried About US Plans to Pull Out of INF Treaty With Russia - Statement
Earlier on Monday, Russian Foreign Minister Sergei Lavrov stated that Moscow would formulate position on the issue only after receiving official clarifications from Washington. He added that any action in this area would be met with a counteraction, stressing that parity would be maintained under any circumstances.

The comment was made after on Saturday Trump announced that the United States would withdraw from the INF treaty over the alleged violations of the agreement by Russia.

Over less than two years in the office, Trump has already announced US withdrawal from several important international agreements, most notably the Iran nuclear deal, the Paris climate agreement and the North American Free Trade Agreement (NAFTA).