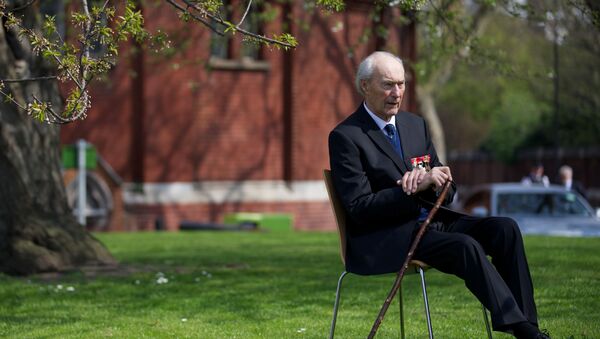 In 1943, Joachim Rønneberg led a near-suicide sabotage mission that foiled Nazi Germany's nuclear ambitions without having to fire a single shot.

War veteran Joachim Holmboe Rønneberg, who led one of the most famous clandestine WWII attacks in Norway, passed away at the age of 99, the Norwegian daily Aftenposten reported.

During the five-year Nazi occupation of his country, Rønneberg played a major part in the Norwegian resistance movement, and from 1941 to 1945 he was a member of Company Linge, a special ops group. Serving behind enemy lines, Rønneberg blew up a plant producing so-called "heavy water" in Vemork in February 1943. As heavy water was a key ingredient in the development of nuclear arms, Rønneberg's act of sabotage has been praised as a decisive blow to Nazi Germany's nuclear ambitions.

At age 23, the Ålesund native, who fled to Britain following the Nazi invasion of Norway in a fishing schooner in 1940, was picked to lead Operation Gunnerside. Its objective was the elimination of the heavy water plant by Norwegian resistance members, with assistance from the UK wartime Special Operations Executive.

Under Rønneberg's command, a team of six Norwegian diversionists was parachuted onto a snow-covered plateau. The dauntless saboteurs skied their way to the heavily guarded Norsk Hydro plant, penetrated it and destroyed key parts of the production line equipment, such as the electrolysis chambers. An earlier team which had been tasked with the mission failed to even reach the site, let alone plant explosives; dozens of soldiers were captured and executed.

Rønneberg later admitted that he made a last-minute decision to cut the fuse from several minutes to only seconds, which increased the mission's chance of success, but made the escape all the more difficult. In the subsequent manhunt, the sabotage squad fled across hundreds of kilometers of snow-covered mountains. Rønneberg eventually found himself in Sweden, which managed to remain neutral throughout the war.

For his decisive role in the heavy water sabotage operation and other assignments completed for Company Linge, Rønneberg was decorated with numerous Norwegian and foreign awards, including the War Cross and St. Olav Medal. After the war, he lived in his hometown of Ålesund and worked as a journalist and editorial manager at national broadcaster NRK in Møre og Romsdal until 1987.

Rønneberg was long reluctant to share his wartime experiences, and it was not until the 1970s that he decided to tell the public about the war years. He has also been very humble about his feat, crediting "luck and chance."

"Eventually I realized that people had a right to answers. It is important that we all know what has happened. It makes it easier to make the right choices in the future. Those who grow up today must understand that we must always be willing to fight for freedom and peace," the late Rønneberg once told NRK.

In retrospect, he was rewarded for his work informing Norwegians about the dangers of war as well.

"Rønneberg is one of the greatest heroes in Norwegian war history. We will remember him as an important part of the resistance movement in Norway," Conservative Prime Minister Erna Solberg told NRK, praising Rønneberg's exploits during the war and in peacetime.

With Rønneberg's death, we have lost one of the last war witnesses, Eva Vinje Aurdal, the mayor of Rønneberg's hometown, Ålesund, noted. In Ålesund, Rønneberg was honored with a statue while he was still alive.

"We have become poorer without Joachim Rønneberg among us. At the same time, I think that his voice was a loud and clear one, and we should never forget the war," Aurdal told NRK.