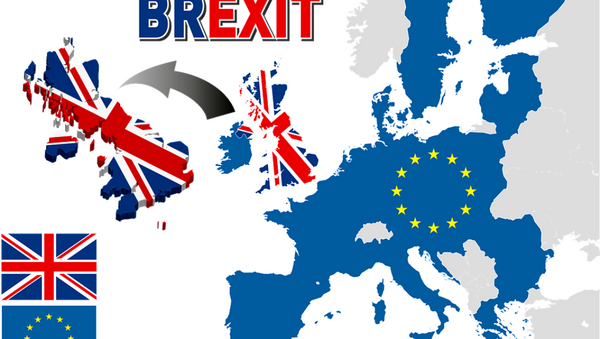 © Photo : Pixabay
Subscribe
British Prime Minister is to speak in the House of Commons on Monday in attempt to show that her efforts in Brussels last week yielded results.

Theresa May will step in front of MPs, reporting on her Brexit talks achievements, having faced harsh rhetoric and bitter bickering from hard-core Brexiteers within her party in the past few days.

Eager to deliver a successful resolution to long-going negotiations with the European Union, the PM told the Parliament that "95% of the withdrawal agreement and its protocols were settled" in talks that she has until now largely insisted on keeping secret.

Mrs. May said that agreements on UK sovereign bases in Cyprus and Gibraltar have been struck.

"We have developed protocol relating to the UK sovereign base areas in Cyprus. Following discussions with Spain and in close cooperation with the government of Gibraltar, we have also developed a protocol and a set of underlying memoranda, relating to Gibraltar heralding a new era in our relations," she told the Parliament. 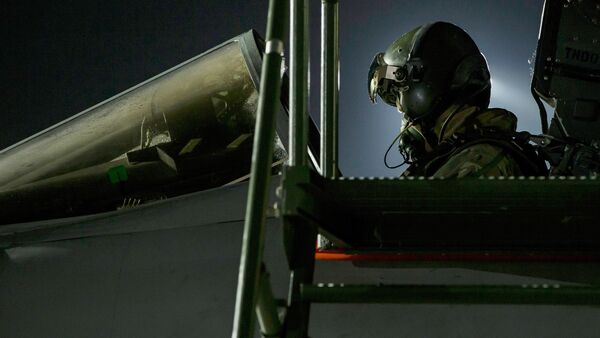 In this image released by Britain's Ministry of Defense, a Tornado pilot sits in his cockpit before flying at Britain Royal Air Force base in Akrotiri, Cyprus Saturday, April 14, 2018
© AP Photo / Cpl L Matthews/MoD

There was one real sticking point left, according to May.

"How do we guarantee that — in the unlikely event our future relationship is not in place by the end of the implementation period — there is not return to a hard border between Northern Ireland and Ireland?"

Theresa May spoke about the extension of the Brexit "transitional period," which she said was "undesirable."

In essence, if implemented, the decision would see UK remain in the EU single market and customs union and subject to the bloc's rules as late as the end of 2021.

Mrs. May argued that there were limited circumstances "in which it could be argued that an extension to the implementation period might be preferable if we were certain it was only for a short time."

"If it at the end of 2020, our future relationship was not quite ready, the proposal is that the UK would be able to make a sovereign choice between the UK-wide customs backstop or a short extension of the implementation period," May told the MPs.

According to the PM, who spoke to the press right after the talks in Brussels last week, she felt from EU leaders that "there was a very real sense" they wanted a deal to be done.

At the same time, the opposition will most likely vote down the deal brought home by the PM. Parliamentarians expressed their lack of confidence in the Conservative leader and support for a referendum on the final terms of any Brexit deal.

Can you hear the will of the people now, @theresa_may? https://t.co/uhQiwl2749

.@Theresa_May has spent more time negotiating with her own MPs than the EU, putting jobs, the economy and living standards at risk. #Marr pic.twitter.com/hh0155VDqn

My guess is PM’s statement today will be a repeat of last week:strong words, saying very little, no mention of the ext. of the trans period, or staying in the Cust. union. A delay tactic to prevent more letters going to the 1922 & to buy time on her premiership. I hope I am wrong

We can’t let the Brexiteers divide our country. Part of my speech at the #PeoplesVoteMarch pic.twitter.com/ZVjFumcFll

Thousands of protesters took to the streets of London over the weekend in support of the vote on the Brexit deal.

Writing in the Sun newspaper on Sunday, the PM promised to deliver a deal that's in the interests of the whole nation.

"As we enter the final, crucial phase of the talks there will undoubtedly be some unexpected challenges to which we must rise. But the finish line is in sight. And I am more determined than ever that we will get there together, with a Brexit deal that's right for you, right for your family and right for our country."