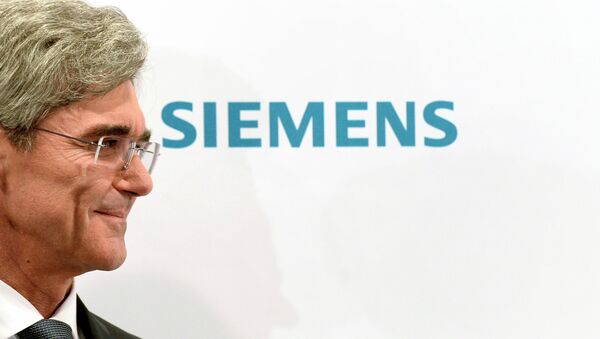 Several high-profile executives, including the bosses of Deutsche Bank, Uber Technologies and ABB, have decided to skip a major investment conference in Riyadh due to the death of Saudi journalist Jamal Khashoggi. With two days to go before the event, however, Siemens CEO Joe Kaeser’s name is still on the VIP guest list.

Germany’s Foreign Minister Heiko Maas has endorsed those who decided to pull out from Riyadh’s Future Investment Initiative conference amid the uproar over journalist Jamal Khashoggi’s death in the Saudi consulate.

“I certainly wouldn’t participate in an event in Riyadh at the moment. And I have a great understanding for those who have canceled,” Maas said on German public TV.

“This applies in my view, for example, to the Siemens CEO who has confirmed his attendance,” he told the German newspaper Welt.

According to Siemens’ press service, Kaeser hasn’t decided on whether to attend the conference, which is set to start in Saudi Arabia’s capital in two days. He’s expected to announce his decision on October 21.

The Siemens CEO has hesitated to announce his decision, stating at a conference in Toronto on October 16 that “this is a very serious topic where you cannot win."

"If we skip communicating with countries where people are missing, I can just stay home. If I go, I am going to address and speak up in this country because I want my people, the thousands of people who work there, to be able to speak up and speak their mind," he said.

Meanwhile, there are heads of major financial organizations such as Credit Suisse, HSBC, Deutsche Bank, JPMorgan Chase & Co., and Blackstone among those who decided to skip the conference. Virgin Group founder Richard Branson along with the CEO of Uber Technologies and Siemens’ rival, electronics giant ABB, have refused to go to the Saudi capital. Head of the International Monetary Fund Christine Lagarde has also postponed her trip to Saudi Arabia.

Saudi Arabia said Washington Post columnist Jamal Khashoggi was killed in a fight with people who came to rendition him. France and Germany called the Saudi explanation concerning his death inadequate, while the United Kingdom said it was considering the next steps.