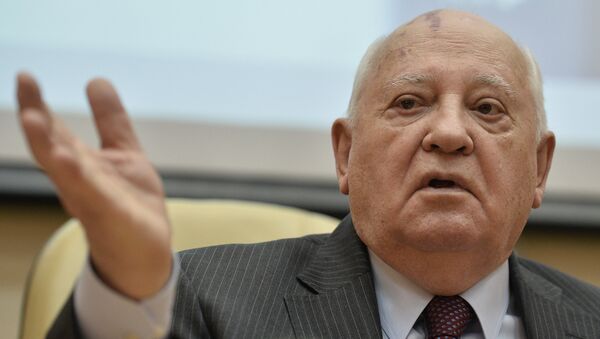 MOSCOW (Sputnik) - Former Soviet President Mikhail Gorbachev on Sunday slammed as unacceptable the US decision to pull from the Intermediate-Range Nuclear Forces (INF) Treaty he co-signed with Ronald Reagan.

"I think this is unacceptable. It was a great victory that we managed to get as far as making decisions enshrined in these [INF and START I] treaties that liquidated nuclear weapons and warheads," he told Sputnik.

The former Soviet President explained the decision of the US side by the deadlock the country currently in.

"It seems to me that the US is facing an impasse in making decisions, and so it opted for this most irresponsible step," Gorbachev, answering a question about US plans.

Gorbachev proposed to address to the UN to mediate the crisis over the proposed US pullout from the Intermediate-Range Nuclear Forces (INF) Treaty.

"This is an issue that the United Nations and the Security Council should tackle as it concerns the world," he told Sputnik, adding all international institutes should also step in to avert a new arms race.

Besides, the former Soviet president suggested that there was a chance to save the landmark treaty by trying to resolve the matter during US National Security Adviser John Bolton's visit to Russia.

"I am not sure if they will be able to do this but I think it is not too late. And [Bolton] is coming, they should try to stop this destructive process," Gorbachev said after being asked what the US and Russian leaders could do to save the INF.

US President Donald Trump said earlier he wanted to withdraw from the Cold War-era treaty co-signed in 1987 by Gorbachev and his then US counterpart Ronald Reagan to ban medium-range nuclear missiles. The agreement prohibits the development, deployment and testing of ground-launched ballistic or cruise missiles with ranges between 300 and 3,400 miles. 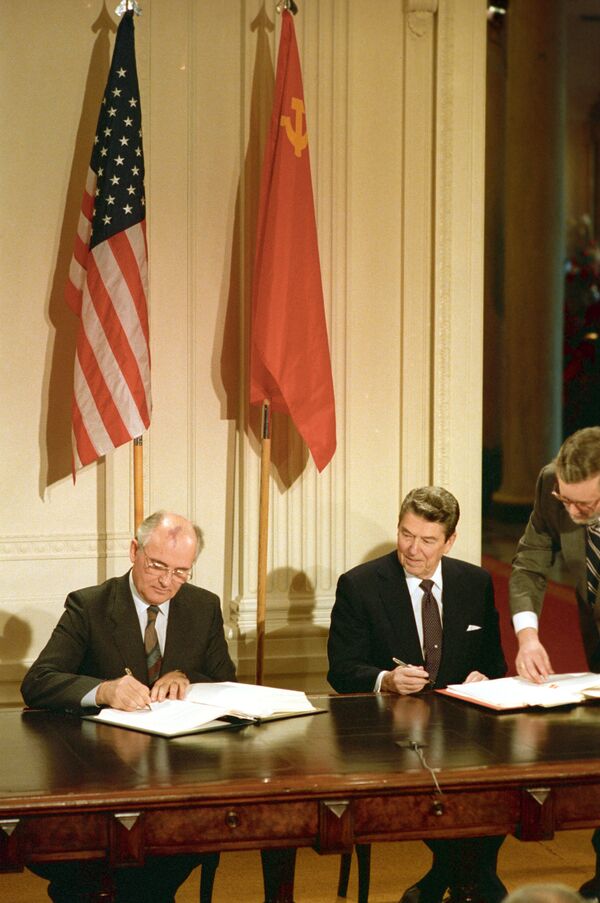 Prior to the announcement, Russia and the US have repeatedly accused each other of violating the deal. The administration of former US president Barack Obama, however, decided not to abandon the agreement.

READ MORE: Moscow: US Exit From Nuclear Arms Treaty With Russia to Be 'Very Dangerous Step'