Professor Explains Why Consumers Shouldn't Be Worried About 'Mad-Cow Disease' 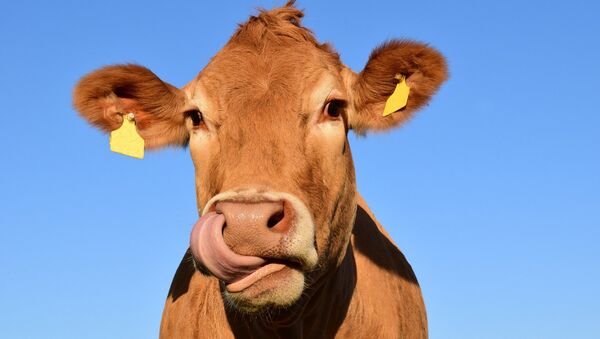 CC0 / /
Subscribe
International
India
Africa
A case of bovine spongiform encephalopathy, also known as mad-cow disease has been confirmed in Aberdeenshire. Sputnik spoke to Nigel Brown, Emeritus Professor of Molecular Microbiology at the University of Edinburgh, and former President of the Society for General Microbiology to find out what is BSE exactly and should consumers be worried.

Sputnik: For our listeners who might not be familiar with medical terms, could you please explain in simple words what BSE is?

Nigel Brown: BSE stands for bovine spongiform encephalopathy, and that is a softening of the brain tissue. It is damage to the nerves, particularly in the brain and spinal cord. And this of course causes then problems with things like movement and memory, and that leads to all sort of problems and ultimately to death.

POTUS in Scotland or Is It My Wife? Twitter Pokes Fun at Mad Cow Disease Case
Sputnik: So, what happens to the cattle that are infected by BSE?

Nigel Brown: There is a surveillance system in operation where any beast of four year-old that dies is then examined by a pathologist to identify the cause of death. If BSE is identified, as it was in this case in Aberdeenshire, then what they’ve done is they have also slaughtered the same birth cohort, you know, the animals that were born on the same time, and also the immediate relatives of that animal to try and contain any evidence of any problem with the outbreak, you know – be it sporadic or not.

Sputnik: Should consumers be worried?