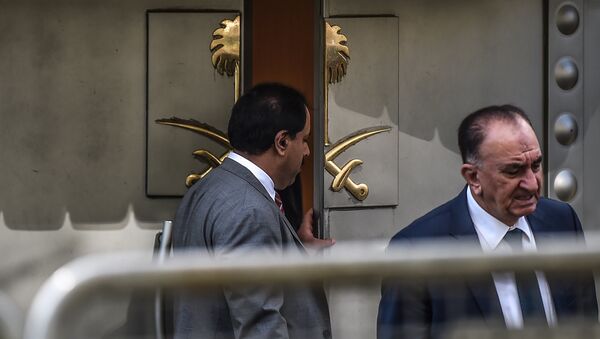 "By admitting the murder of opposition journalist within the Istanbul consulate… Riyadh wants to avert damage to its relations with Western countries, whose response reflects their politics of double standard," Sandor said.

The comment was made after on Saturday Saudi Arabia’s public prosecutor said that Khashoggi died in the diplomatic mission on October 2 in a fight with people who came to Istanbul to rendition him.

US President Donald Trump said he believed the Saudi account of the events leading to the journalist’s death and called the admission a "big first step." He described Riyadh as a great ally in the region needed to offset Iran’s influence.

Sandor also said he doubted the Saudi operation had not been cleared by a senior official. A reshuffle in the monarchy’s government might hint at who that was. But he argued that even in authoritarian countries like North Korea the top command does not have the final say in every decision.