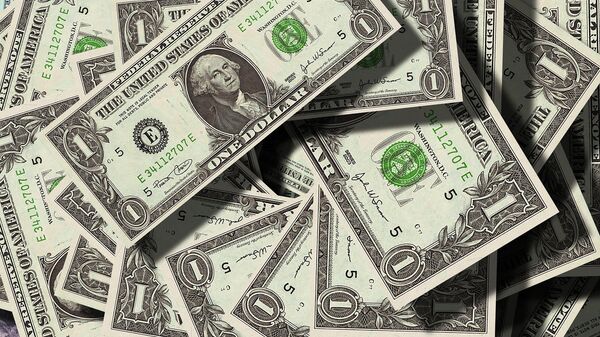 Kristian Rouz — The ongoing internal policy debate at the US central bank, coupled with President Donald Trump's criticism, prompted a top Fed official to speak up on the state of the economy and outline further action on interest rates.

President of the Federal Reserve Bank of Dallas Robert Kaplan says base borrowing costs will hit the so-called "neutral rate" after "two-three more" hikes. The "neutral rate" means the level of central bank interest that neither stifles nor supports economic expansion.

Trump Names Federal Reserve as His 'Biggest Threat' for Raising Interest Rates
Fed rates currently stand at 2.00-2.25 percent, whilst many economists agree the neutral rate in the current expansion cycle is just below 3 percent. This might suggest, according to Kaplan, base borrowing costs within the range of 2.75-3.00 percent would mark the end of roughly a decade of accommodative Fed policies.

"The Fed is basically meeting its dual mandate," Kaplan said in a speech at an event hosted by the Manhattan Institute.

The Dallas Fed president suggested that the ultra-low unemployment is poised to push salaries and wages higher, which would inevitably translate into quicker inflation. However, higher Fed interest rates would stave off such a risk.

The majority of Fed board members appear to agree with Kaplan's assessment, according to the minutes of the most recent Federal Open Market Committee's (FOMC) meeting. Market analysts said the central bank will likely remain proactive, raising rates and cutting the Fed balance sheet for as long as the ongoing acceleration in GDP growth rate allows for tighter policies.

Several separate statements from Fed officials have suggested that the central bank would increase rates three times in 2019, but economists also expect at least one hike this year as well.

Higher interest rates typically encourage savings-based approaches to personal finance as opposed to the unlimited borrowing and refinance cycle — which has by now produced a massive $13-trillion burden of US household debt.

In this environment, the Fed appears to be committed to raising rates into the restrictive territory and above neutral — but Trump has repeatedly expressed his concern over such a scenario.

Additionally, the Dallas Fed president stressed he's not yet certain if the Fed should move rates into the restrictive territory, albeit the minutes from FOMC meeting have shown some board members would support rates going above neutral.

IMF Chief Lagarde Defends Fed's Rate Hikes Slammed by Trump
Kaplan also reaffirmed the Fed's view of US GDP growth accelerating to above 3 percent for this year, whilst saying the unemployment rate would fall below the current 3.7 percent. The Dallas Fed president also said that although growth might moderate in the medium-term, the US is unlikely to slide into a recession in the foreseeable future due to a strong expansion in the consumer sector.

US domestic consumption makes up some 70 percent of total economic growth.

Kaplan's remarks suggest Fed policies have so-far been supportive of Trump economic agenda, allowing the economy to reach a sustainable 3-percent growth, whilst mitigating the risks of market volatility and asset bubbles.

However, as the US president seeks GDP growth rate to stabilize at above 4 percent per year, the Fed's action to move rates above neutral could potentially produce some tension between the Trump administration and the central bank.