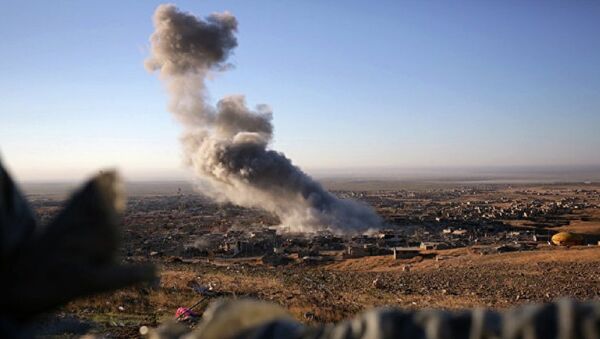 © AP Photo / Bram Janssen
Subscribe
International
India
Africa
The Syrian Foreign Ministry has reacted to the latest reports of US-led airstrikes in Deir Ez-Zor killing civilians, calling for a probe in a letter to the United Nations.

Daesh Attacks Refugee Camp in Syria, Take Hundreds Hostage - Russian Military
The Syrian outlet cited its sources as saying the Western coalition was using scorched-earth tactics in the region by targeting homes and places of worship along with Islamist positions.