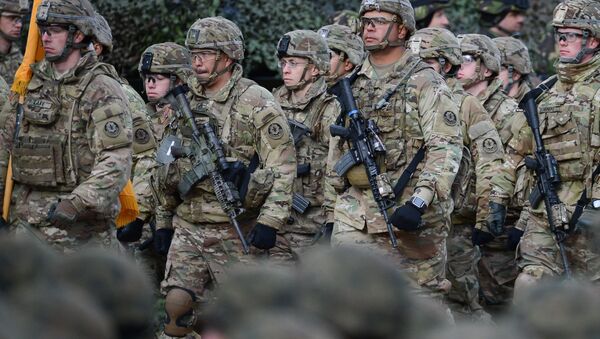 The Communist Party of Norway and the Communist Youth of Norway will organize a large demonstration against the NATO military exercise, Trident Juncture, on October 20 in Trondheim, the blog In Defense of Communism reported.

The organizers of the gathering and a public meeting on the topic “How do we fight imperialism?” said that the drills would cost Norway over 2 billion NOK (approximately $243.2 million) and would contribute to pollution of environment.

US Sends Carrier Strike Group Above Arctic Circle for First Time in 30 Years
Earlier this week, the US sent the Harry S. Truman Aircraft Carrier Strike Group to the Norwegian Sea, which would join 30 NATO allies and partners in Trident Juncture after independent exercises.

Speaking about the alliance’s upcoming drills last weekend, NATO Secretary-General Jens Stoltenberg said that they would boost security of the member-states, adding that all nations have the right to military exercises, and they would conduct them in a “very open and predictable manner.”

More than 50,000 troops from 30 countries, 140 combat aircraft, 70 ships and 10,000 military vehicles will take part in Trident Juncture, which will be held in Norway and adjacent waters of the North Atlantic and Baltic Sea, including Iceland and airspace of Finland and Sweden, between October 25 and November 3.