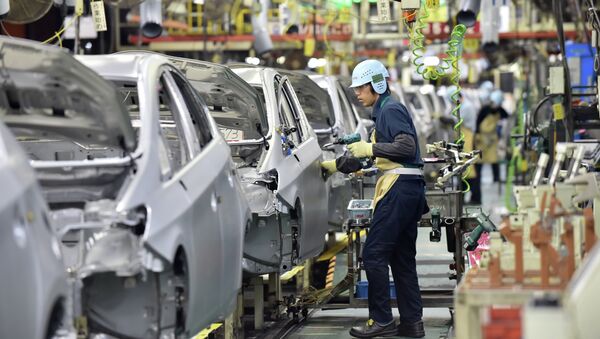 Toyota's chairman urged Britain and the European Union to avoid a hard Brexit "at all costs" on Friday, joining a list of automakers voicing concerns about upcoming Brexit results.

"Apprehension is therefore growing that a 'withdrawal without agreement' may become a reality," Akio Toyoda said in a rare statement to the Japan Automobile Manufacturers Association.

The statement warned that a no-deal Brexit could lead to suspended production, rising vehicle costs and declining profits due to increasing production costs, creating a nightmare scenario for automakers.

No-Deal Brexit Risks 'Serious' Consequences for UK Exports - Nissan
"We hope that both the UK and EU governments will continue to make maximum efforts to reach a satisfactory settlement and that a 'withdrawal without agreement' is avoided at all costs," Toyoda said.

"I believe we need a deal. I'm not yet sure we'll get one. It is difficult, but possible," Barnier said.

Japanese automaker Nissan also issued stern warnings after company chairman Carlos Ghosn reminded British leaders that its Sunderland plant is the UK's largest and employs over 8,000 jobs there, in addition to exporting roughly half of all production to the European continent.