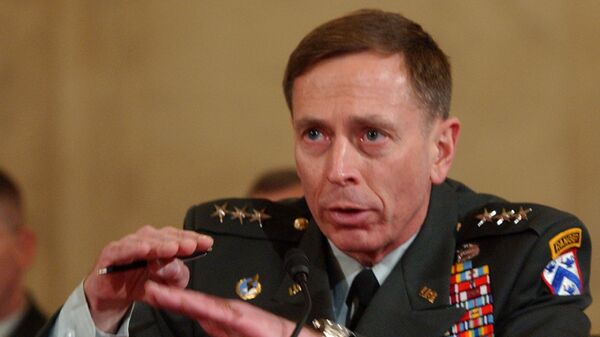 More than two decades since the Good Friday Agreement was signed in April 1998, ending the conflict in Northern Ireland, memories of the 30-year crisis are still alive.

General David Petraeus, once the top US military officer, who oversaw American forces in Iraq and Afghanistan, has warned that prosecuting British soldiers for crimes they allegedly committed during the three decade internal conflict in Northern Ireland, could threaten the UK’s military alliance with the United States.

“The very special relationship between our two militaries, which has been built over decades of serving shoulder-to-shoulder in the hardest tests of battle, could be put at risk by the present situation,” Petraeus warned on Thursday.

Speaking at the center-right Policy Exchange think tank in Westminster, he argued that the “overly expansive interpretation” of the European Convention of Human Rights could place the UK in an “untenable position” where its forces' combat ability is limited because they are operating under different laws.

Good Friday Agreement 20 Years On: Old Wounds Still Hurt & Brexit Makes It Worse
David Petraeus also warned that Britain's fighting capacity will be “greatly diminished if it cannot reform the legal framework within which it fights, restoring the primacy of the law of armed conflict.”

Petraeus’s comments come amid an ongoing debate about investigating soldiers who served in Northern Ireland during the Troubles and allegedly committed crimes, including murder, as well as those who have served in conflicts post-9/11 wars.

Although disagreeing with General Petraeus that the current situation was hampering recruitment, Labour peer Lord West who took part in the discussion, admitted that damage had been done to the morale of military personnel.

Lord West still added that violations of the Geneva Convention that establishes the standards of international law for humanitarian treatment in war should not go unpunished.

In February 2017, Police Service of Northern Ireland figures showed that investigations into killings by the Army accounted for about 30 percent of its legacy workload.

The police legacy branch is re-investigating 1,118 deaths not previously reviewed or completed by the now defunct Historical Enquiries Team (HET).

Of those killings, 530 were carried out by Irish Republicans, 271 by Loyalists/Unionists and 354 by the security forces.

The Troubles refers to the three-decade conflict in Northern Ireland between Nationalists/Loyalists (mainly Protestant) and Republicans (mainly Roman Catholics).