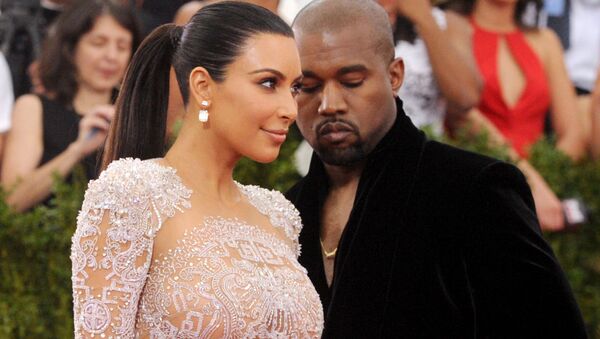 Elle Magazine has been receiving loads of negative comments after tweeting “Kim Kardashian and Kanye West are splitting up” with a link redirecting readers to a page encouraging them to vote for women in the forthcoming midterm elections.

Kim Kardashian and Kanye West are splitting up 😱💔 https://t.co/epwKG7aSBg pic.twitter.com/u7qqojWVlR

When a random tweeter did this it was clever but now you’re just stealing their tweet and also spreading fake news. https://t.co/RDZg4bQsMc

Okay. That's not ethical or appropriate. I'm all for get out the vote efforts, but this is misleading and fuels the "fake news" fire…

This is what fake news looks like. It’s deceitful, ugly and just for the clicks. Big shame.

Aren’t there better ways to encourage people to vote instead of lying about a marriage as clickbait? Cheap and shameless.

Journalists and reporters from other outlets joined ordinary users in their outrage, blasting Elle for “spreading misinformation”…

it is just not appropriate to play these games with people.

i get it, you want people to vote, and it's hard to cut through the noise. ostensibly, though, you're in the business of informing people. using fake headlines to get attention only exacerbates the web's trust deficit. https://t.co/N4Nlk9Hf8e

Can people please stop doing that thing where they post a salacious headline that links to a voter registration page? Like… this… is really not cool. It's just spreading misinformation. https://t.co/DJVNw5FC2u

…with a HuffPost editor suggesting that the “super insulting” link implied that Elle readers didn’t care about the vote unless they’re duped into it with celebrity gossip:

this is a link to a voter registration page, which implies that elle readers aren't interested in voting unless they're being tricked into it with fake celeb breakup news, which seems…super insulting to elle readers, actually?

Another user replied to the original tweet by saying that Elle’s attempts to push voter registration had backfired:

I was gonna vote but now I don’t wanna

Days before Elle’s tweet some users were using the same trick to lure netizens into registering and voting – and it was not only about the Kimye split, but also a One Direction reunion and the reason why pop star Ariana Grande and comedian Pete Davidson had broken up.

Wow I can’t believe this is why Ariana Grande and Pete Davidson split up https://t.co/WQrbEBV6uD pic.twitter.com/Dc8b9azhua

The midterm elections to the US Congress are set to be held on November 6, when all 435 seats in the House of Representatives and one-third of the Senate will be up for grabs.