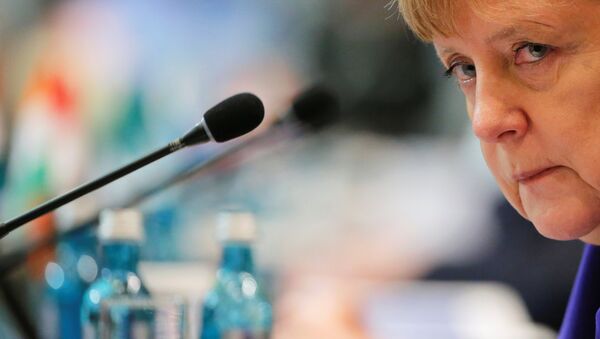 EU foreign policy chief Federica Mogherini said back in September that October would be "a very Asia-oriented month." Indeed, Brussels is hosting the ASEM summit as well as the EU-Korea summit and the EU-ASEAN (Association of Southeast Asian Nations) leaders' meeting.

Connectivity, announced as one of the themes of the ASEM summit, is about building communications channels, Anita Prakash, the director general of policy design at the Economic Research Institute for ASEAN and East Asia, told Sputnik.

"Connectivity is about bringing countries, people and societies closer together. It is about facilitating access and fostering deeper economic and people-to-people ties. Practically, the ASEM must create the channels of communication, the way to tap academic research and make regional and global prognoses," Prakash said.

The expert pointed out that, for years, Europe, Asia and the Organisation for Economic Co-operation and Development (OECD) have traditionally maintained their own, separate, connection networks.

"Now we need to improve the connection between Asia and Europe, the hard and soft aspects, the economic, social and cultural aspects. So, we are building the architecture of the relations of the future. It is a bit dry and abstract, for the people to understand, but it is essential for the future of intergovernmental, academic and business relations," Prakash said.

Connectivity can refer to transport as well, which is exemplified in the Connectivity Strategy adopted by the European Commission in September.

The strategy is seeking to expand the existing transport connections to Asia. China has been spearheading a similar infrastructure project, the Belt and Road Initiative, for several years now.

Mogherini stressed on Thursday that the new strategy's aim is "creating jobs and economic growth and benefits for the local communities."

The full details of the new project are not clear yet.

Such meetings as ASEM summit can help not only build new networks, but also encourage industries to have a global approach to such issues as safety, according to Pierre Bianchini, former head of the Technical Committee 10 in charge of lifts and escalators at the European Committee for Standardization (CEN).

The expert pointed out that EN 81 standards for lifts had been adopted by everyone, and, when a new challenge appeared, the reaction came from across the globe.

"This represents the slow harmonization of industrial standards in the world, starting with the major industrial hubs that are Asia and Europe," Bianchini said.

Singapore and the European Union signed a cooperation agreement at the summit. Earlier this week, the European Commission adopted EU-Vietnam trade and investment agreements, which can now be signed.

At the same time, Mogherini stressed regarding Cambodia and Myanmar that both countries had to address the issues with rights in the context of their status as preferential trade partners. Both countries are members of Everything But Arms initiative, under which a number of developing countries can trade with the European Union free of duties and quotas.

The topic of Brexit, which dominated the press points of EU leaders at the European Council meeting earlier this week made its way to this summit as well. South Korean Foreign Minister Kang Kyung-wha was asked about possibly negotiating a separate trade agreement with the United Kingdom. The foreign minister answered diplomatically that she hoped for "excellent trade relations" between the two countries. Mogherini immediately added that the United Kingdom would not be able to negotiate an agreement while still in talks on the terms of its departure from the European Union.

The South Korean Foreign Minister and Philippine Philippine Secretary of Foreign Affairs Teodoro Locsin summarized the events of the summit in the final press conference. According to them, the philosophy of inclusivity, Europe-Asia connectivity, the assurance of rule-based international order and harnessing the fourth industrial revolution to help people were the most important topics covered.

In addition, the conference was a success for multiple experts who met behind the scenes building the web of relations that can help make Asia–Europe dialogue a reality.