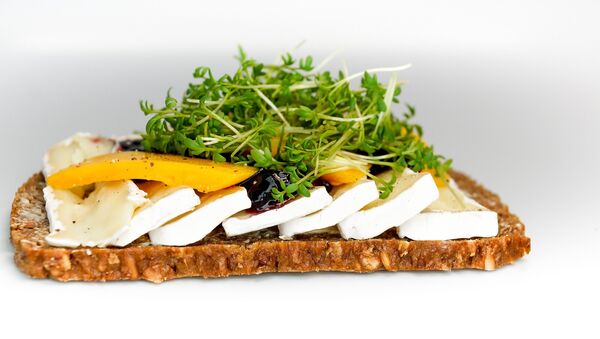 CC0 / /
Subscribe
In the absence of tradition, following a certain diet can fulfill the void left by atheism and cosmopolitanism, helping its adherents feel a sense of meaning in life, researchers say.

In secularized nations, like Sweden and its Scandinavian peers, fixed dietary rules have become a substitute for religion with an increasing number of followers, researchers told Swedish national broadcaster SVT.

Susanne Wigorts Yngvesson, a professor of ethics at the Stockholm University of Technology, sees similarities between the willingness to follow a strict pattern of dietary rules and religion.

"In the Christian mythos, you speak of submission as a kind of freedom. By renouncing something, sacrificing yourself and enduring suffering, you feel you're doing something good," Yngvesson told SVT.

While requesting customized special food in a restaurant or a private party, where various people congregate, is becoming increasingly common and acceptable, Yngvesson sees similar driving forces between following a diet and professing a belief.

"The diet can invoke a sense of meaning in life, so that you see yourself as part of a context, and feel one with a meaningful community," Yngvesson explained.

Richard Tellström, an ethnologist working for Stockholm University and the Swedish University of Agricultural Sciences, went so far as to call diets such as veganism or low-carb LCHF diet "cultural deviations." At the same time, he admitted that "extremist" Sweden is the perfect country for their followers and adherents.

"Sweden is an extremist country," Tellström told SVT. "Here, traditions, religion and group community are significantly less important than they are in most other countries. We have very extreme values, very secular and based on common sense.

Whereas in other countries with more traditional food culture, it is much more difficult to disengage oneself from the family or one's peers in terms of diet, in Sweden attempts to achieve happiness through various dietary deviations and eccentricities don't raise any eyebrows, he noted.

But even in very secular countries, like Sweden, man retains a longing for something greater, something that gives meaning to life, both scientists argued, claiming that the diet can fulfill that function for many people.

Fittingly, SVT alone has run about a dozen of articles and features about various diets ranging from "environment-friendly" vegetarianism to the "health-improving" 5:2 diet and the healthy eating plate diet in the past week alone.

Incidentally, similar ideas have been recently expressed in Denmark, where philosopher and West Jutland Folk High School principal Anders Fogh Jensen penned an opinion piece in which he claimed the cult of health to have become a "substitute religion for a people who have lost spirituality."

"Our entire mindset has been hijacked by the health paradigm, which now does not allow us to think beyond the increasingly narrowing framework of what is right and important," Fogh Jensen wrote in the daily newspaper Berlingske, stressing that the regulations of modern life don't contain any meaningful horizons that extend beyond life itself.

Scandinavia is one of the world's most secular and irreligious regions, with only one in 10 Swedes believing that religion plays an important role in daily life. This tendency extends even to worshippers themselves. One poll surprisingly found that only 15 percent of the Church of Sweden members actually believe in Jesus.

000000
Popular comments
Christianity has introduced a vicious slave mentality in Europe, a mentality that most atheists, liberals, right whingers, let alone your average consumer (on a vegan or McDonald's diet alike), still have. Christianity was an import from the Mid East, just as Islam is today. I prefer true European tradition of natural "religion" rooting back to the Palaeolithic age, but also Enlightenment in form of both ancient and more recent philosophy, and science of course. Political ideology and Abrahamic religion is degenerative crap messing up your mind. I rather seek direct contact with Earth and I certainly don't need a diet for it, neither do I suffer from an empty void that needs to be stuffed with bullshit.