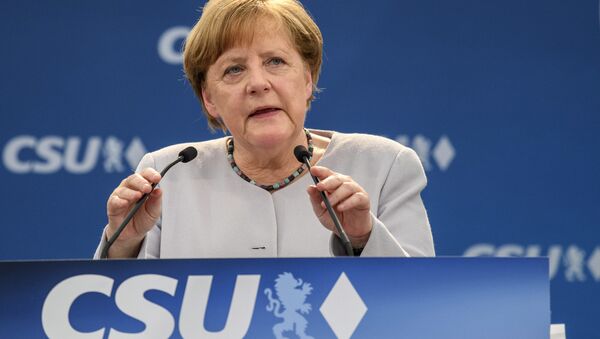 Sputnik: How expected was the CSU's performance in the election?

Jochen Staadt: We could expect a loss of votes for the Christian Social Union (SCU), but we did not expect such a big loss for the Social Democratic Party in Bavaria. And I think this will be a problem for the coalition in Berlin and it will also be a problem for the upcoming elections in [Germany's] Hessen.

Sputnik: There was no majority so what kind of coalition do you think we can look for?

Jochen Staadt: We will have as it looks like, a coalition between the CSU and the Free Voters Union. These are people who are in the countryside engaged in addressing the problems of little villages and the countryside. They take around eleven percent and together with the CSU they can form a coalition.

I think they would be very quick and very fast, ready with negotiations, because in Bavaria we have the rule that you have to form the government within four weeks of the elections.

Sputnik: Many are saying one of the reasons that the CSU performed so poorly was the ineffectiveness of Angela Merkel's basic coalition. Do you think the coalition you have just spoken of will be more suited to meet the needs of the population?

Jochen Staadt: It will be a problem for the coalition in Berlin because one of the reasons for the results in Bavaria was problems of the coalition in Berlin, but we cannot say it is the main point. When you look at the results in Bavaria […] you will have the results that we have had in former elections – the majority is conservative and some voters went to Free Voters and some went to the right-wing AfD [Alternative for Germany Party].

So I think we have problems in Berlin, that there was a lot of trouble between the coalition partners, but we also have the situation in Bavaria, where a lot of people are not satisfied with the migration policy of the conservative party (CSU).

Sputnik: What do you think is behind the AfD's increased support?

I think it's a background and the strong position of the AfD in the polls also outside Bavaria and they are much stronger than even they are in Bavaria. And it is also the success of the Free Voters.

The views and opinions expressed by Jochen Staadt are those of the analyst and do not necessarily reflect those of Sputnik.