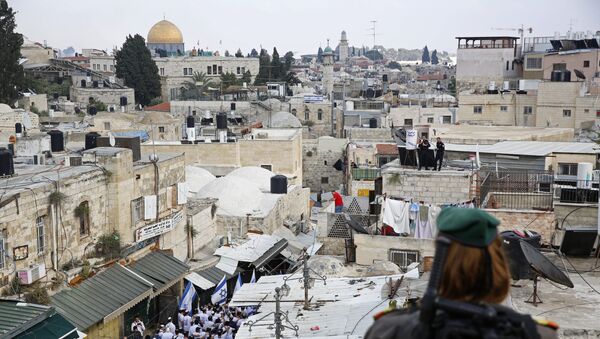 © AP Photo / Ariel Schalit
Subscribe
International
India
Africa
In May, the US moved its embassy from Tel Aviv to the holy city despite indignation throughout the Arab world and protests within the Palestinian territories, which left 60 demonstrators dead. Following Donald Trump’s move, Guatemala and Paraguay also moved their embassies, but the latter reversed the relocation three months later.

Australia's Prime Minister Scott Morrison has faced a backlash from the Arab countries after he unexpectedly announced that he’s open to the recognition of Jerusalem as Israel’s capital and moving his country’s embassy there.

“The orthodoxy that’s driven this debate which says issues like considering the question of the capital are taboo — I think we have to challenge that,” the prime minister said earlier in the country’s capital, adding that no decision had been made regarding the move.

“What we are simply doing is being open to that suggestion,” Morrison explained.

This claim has prompted debates in Australia and abroad, as the status of Jerusalem has been one of the key stumbling stones for negotiating a Palestinian-Israeli peace deal.  The eastern sector of Jerusalem is considered to have been annexed by Israel in the 1967 war, while the Jewish State regards the whole city as its capital. Morrison’s move was endorsed by Israel, as its Prime Minister Benjamin Netanyahu tweeted that he was “very thankful” to Morrison.

However, the announcement has concerned the Arab nations, as their 13 ambassadors to Australia gathered for an urgent meeting in Canberra. According to Egypt's envoy Mohamed Khairat, recognition of Jerusalem as the Israeli capital could damage the peace process in the Middle East.

"We have agreed that we will send a letter to the foreign minister expressing our worries and our concern about such a statement," he told Reuters.

The Palestinian mission has also slammed the announcement as “deeply disturbing.” They suspected that the politician was trying to make some political gains, which “would surely be outweighed by the detriment both to Australia’s international standing and in its relations with Arab and Muslim-majority countries.”

Morrison voiced his openness to the move just days before a by-election in the Sydney neighborhood Wentworth, which has a Jewish population of more than 10%. Morison’s center-right coalition is contested there by Liberal politician and former Australian ambassador to Israel Dave Sharma, who had previously suggested moving the country’s embassy to Jerusalem.

The decision to recognize Jerusalem as the Israeli capital and move its embassy from Tel Aviv to the holy city was announced by US President Donald Trump in December and implemented in May.

The relocation of the US embassy to Jerusalem, a city claimed both by the Israelis and the Palestinians, was met with violent riots at the Gaza Strip border. Over 60 Palestinian protesters were killed and more than 2,700 others were injured by Israel security forces during the unrest on opening day, according to the Palestinian authorities. 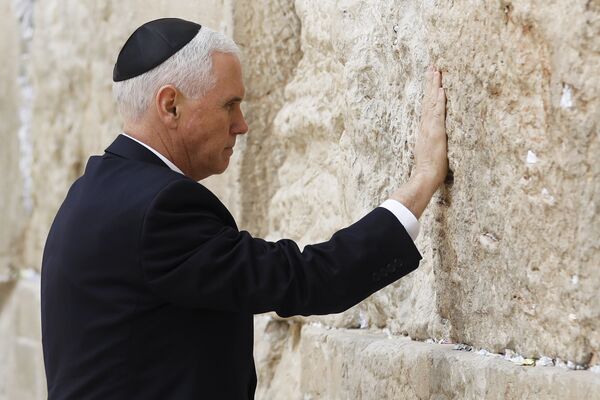 Two Latin American nations followed Trump’s example. Paraguayan President Horacio Cartes and Guatemalan President Jimmy Morales decided to relocate their country's embassies to Jerusalem.  However, in September, Paraguayan Foreign Minister Luis Alberto Castiglioni said that the country will move its embassy back to Tel Aviv, a reversal of the controversial decision made by Paraguay’s previous administration. Contrary to the EU policy on the matter, Czech president Milos Zeman has also expressed his support for moving the Czech embassy from Tel Aviv to Jerusalem.