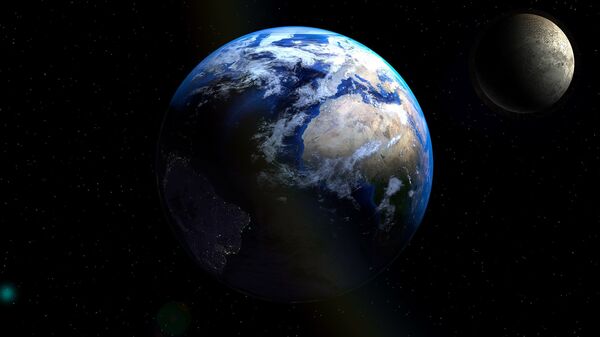 One of the world's most prominent physicists, the late Stephen Hawking, was the first scientist to set out a theory of cosmology based on a combination of the general theory of relativity and quantum mechanics.

Shortly before his death on March 14, renowned British theoretical physicist Stephen Hawking predicted the possible emergence of a new race of "superhumans" with altered DNA, according to The Times. The writings will be published in Hawking's book, titled Brief Answers to the Big Questions, which is due to be released on October 16.

"I am sure that during this century people will discover how to modify both intelligence and instincts such as aggression. Laws will probably be passed against genetic engineering with humans. But some people won't be able to resist the temptation to improve human characteristics, such as memory, resistance to disease and length of life," Hawking wrote.

READ MORE: Brave New World: Hawking’s Legacy May Have Led Us to Other Universes

He also predicted the emergence of a sub-class of "unimproved humans who won’t be able to compete with "the superhumans."

"Once such superhumans appear, there will be significant political problems with unimproved humans. Presumably, they will die out, or become unimportant," Hawking pointed out.

Our Universe Could Perish at Any Time, Scientists Say
Earlier this year, a research paper on the nature of our universe and its place in the wider multiverse, penned by Hawking jointly with his colleague Thomas Hertog, was released by Cambridge.