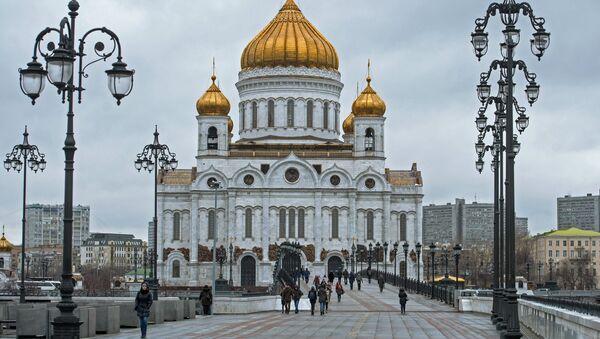 BEIRUT (Sputnik) - The Russian Orthodox Church has made the right decision to sever ties with the Patriarchate of Constantinople after the latter launched preparations for granting independence to the non-canonical Orthodox Church in Ukraine, the leader of the Lebanese Orthodox (Al Mashriq) party told Sputnik on Monday.

Earlier in the day, the Russian Holy Synod decided to completely break the Eucharistic communion with the Patriarchate of Constantinople. The synod also called the latter’s move to revoke the 1686 act on transfer of the Kiev Metropolis under the jurisdiction of the Moscow Patriarchate as canonically void.

"We supported from the start the intention to break off relations with the so-called Church of Constantinople, because we do not any more recognize the patriarchate that receives instructions from the outside in order to divide the Orthodox Church," Fadi Dairi said, reiterating support for the Russian Orthodox Church’s decision.

Russian Church Vows Tough Response to Constantinople Over Split Ukraine Church
The Constantinople Synod confirmed last week that the Ecumenical Patriarchate had decided to proceed with granting autocephaly to Ukraine. In particular, it lifted the anathema from the heads of the two non-canonical churches, who had been excommunicated by the Russian Orthodox Church for their schism, and reversed the 1686 decision which transferred the Kiev Metropolis to the Moscow Patriarchate.