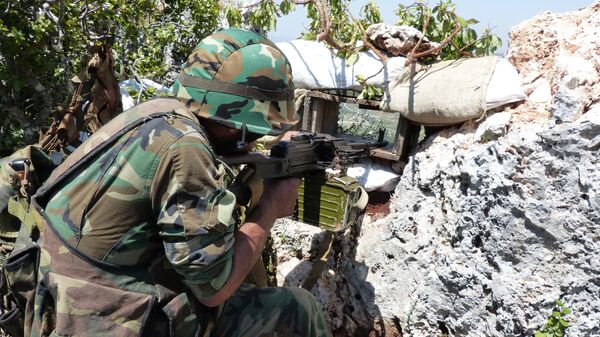 Last week, the Russian military reported multiple violations of the ceasefire agreement in the provinces of Latakia and Aleppo, with militant attacks killing 3 Syrian troops and injuring a dozen more.

A Syrian Army commander in Latakia has told Sputnik Arabic that foreign terrorists are ignoring the Turkish operation to withdraw terrorists from Syria and instead continuing their attacks on Syrian forces and civilians.

These militants, who came to Syria from Central Asia, China and the Russian republic of Chechnya are strengthening their positions, digging new trenches and expanding their network of underground tunnels, the commander said. 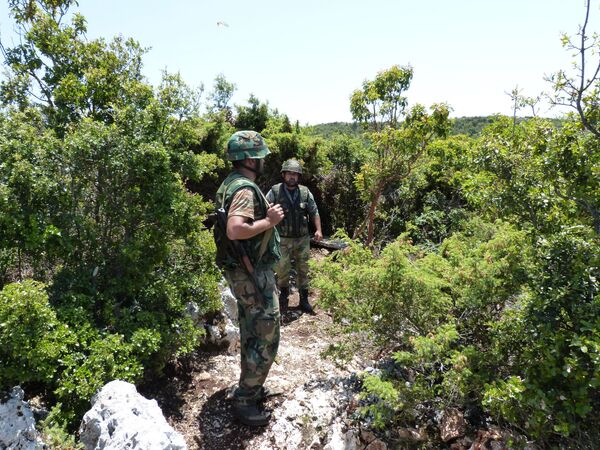 The militant groups involved are said to include Nusra Front*, its affiliate the Guardians of Religion Organization*, and the Turkistan Islamic Party in Syria*. These groups are reinforcing their positions near the village of Kabbani, located on the internal border between Latakia and Idlib province, the Syrian army source told Sputnik.

The commander also warned that his forces expect an escalation in the region in the near future, with terrorists apparently having no plans to give up their positions at this strategic height. The territory held by the jihadists borders both Latakia and Idlib, as well as Turkey. Control of the heights makes it possible for the terrorists to control nearby areas and fire artillery on both the army and civilian settlements.

Syrian artillery has fired back in response to militant attacks. 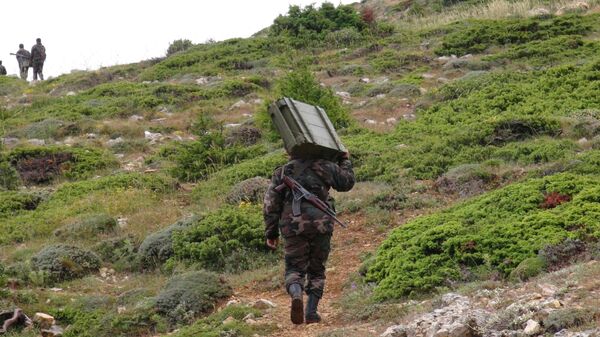 Syrian forces carrying out an operation against jihadists in Latakia.
© © SPUTNIK / MORAD SAEED

Two Syrian troops were killed and two more were injured in militant shelling in Latakia province on Sunday, the Russian Center for Syrian Reconciliation reported. The center said that a total of nine cases of violations, including three in Latakia province and six in Aleppo province, were reported in the last twenty four hours.

At Least 2 Syrian Soldiers Killed as Militants Shell Latakia - Russian MoD
A total of 234 armed formations, mostly concentrated in Syria's Idlib province, have signed on to the Russian-Turkish ceasefire deal. The vast majority of Latakia has been cleared of militants in recent years, but the province's northeastern-most areas, bordering on Turkey and Idlib, remain under terrorist control.

Idlib is now the last major stronghold of Islamist militants and other armed opposition groups in Syria, with tens of thousands of anti-government militants believed to be concentrated in the region. Last month, the United States and its allies warned Damascus not to attack the province, saying they would consider a military response if evidence of the use of chemical weapons was found. Damascus and Moscow revealed intelligence that militants might try to stage a false flag chemical attack to prompt a Western intervention.

The demilitarized zone agreement between Russia and Turkey came into force on Monday.