'There Can Be Only One King': Nurmagomedov Calls Out Floyd Mayweather for Fight 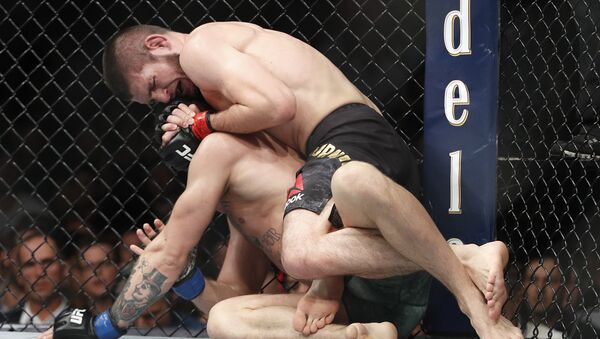 Ohhh💩💩💩💩!!!! @khabib_nurmagomedov said he want all the 💨💨💨💨…. f….k @ufc & @bellatormma sign with @mayweatherpromotions and get what you deserve!!!! Matter fact @affiliationmanagement is the PLUG.

In August 2017, Mayweather and McGregor converged in the ring according to the rules of boxing. The American knocked out the legendary Irish MMA fighter in the 10th round. It is reported that for this fight, Mayweather received about 300 million dollars.

Earlier this month, the highly-anticipated fight between Conor McGregor and Khabib Nurmagomedov took place in Las-Vegas; the two competed for the lightweight championship title at UFC 229.

Khabib beat his rival in the 4th round with a chokehold.