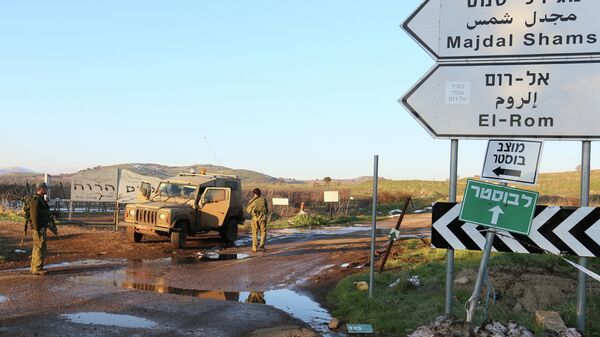 TEL AVIV (Sputnik) – A member of the Israeli parliament for the Yisrael Beiteinu party, Oded Forer, introduced a bill on Sunday, under which persons convicted of crimes in the field of state security should be deprived of the possibility of parole, the party’s spokesman said.

The bill was submitted for consideration in a fast-track manner in order to prevent Israeli Arab politician Basel Ghattas, sentenced for two years for an attempt to provide imprisoned terrorists with prohibited items, including cellphones, from getting a parole, the party’s spokesman, Mikhail Feygin, told Sputnik on Sunday.

"Representatives of Yisrael Beiteinu in the Knesset count on the support of all lawmakers from the coalition, so that we all do not witness the shameful farce, which would be the early release of an accomplice of terrorists under parliamentary cover," Forer said in a statement as quoted by the party’s spokesman.

The bill has been submitted amid earlier reports that fresh tensions near the Israeli-Gaza border took place, which have been caused by continued shelling and the launch of arson balloons by Hamas militants into Israeli territories.