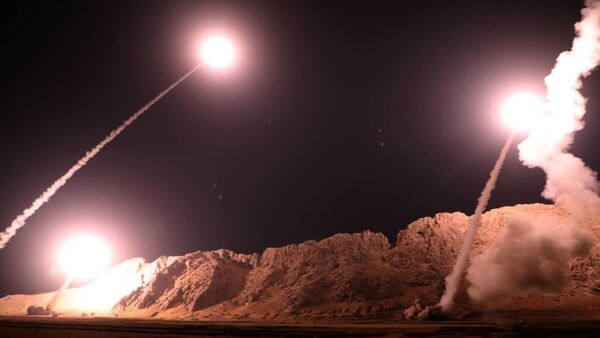 MOSCOW (Sputnik) - Iranian intelligence officers have neutralized a terrorist group in the country's western province of Kermanshah, the Ministry of Intelligence said on Sunday.

The Iranian forces held a counter-terrorism operation on Saturday, during which two militants were killed, while several others were detained, the ministry announced.

During the operation, the Iranian forces seized a number of weapons, grenades and a significant amount of ammunition, as well as some documents.

"The documents indicate that Arab countries support the actions of the terrorist group inside the country [Iran]. In addition, the documents contain an operational plan of the group for carrying out terrorist attacks in the province of Kermanshah," the authority said.

READ MORE: Here's What Western Countries Can Learn From Iran's Response to Terrorism

Earlier this year, the reports stated late August that Iranian security forces have neutralized two terrorist cells who were affiliated with "the hostile countries" in the western provinces of Kermanshah and Kurdistan. The first cell reportedly consisted of 12 members and all of them were arrested, while two members of the second cell were killed and another two were captured. The terrorists were said to have been planning acts of terrorism and sabotage.