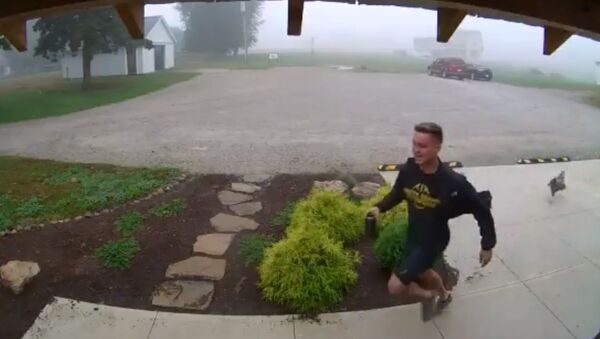 A 22-year-old man wrote that he has a chicken at work that constantly attacks him as soon as she's released from her pen.

In the video, you can see an angry chicken running at the man, almost catching up. In its first several days online, the video has been watched three million times. In addition, it has amassed almost 100 thousand shares.

A lot of jokes about bloodthirsty chickens instantly appeared in the comments.

We have a chicken at work and it loves attacking me when I let it out pic.twitter.com/IbhS0M1loY