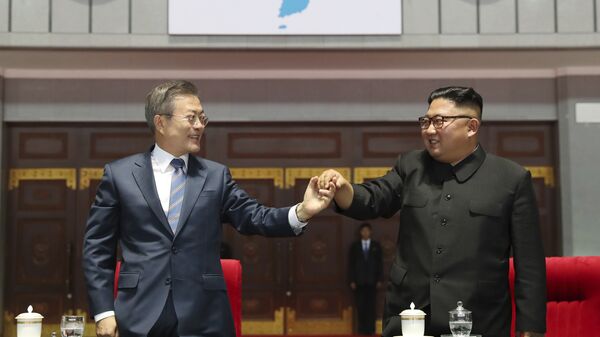 Asia
US Blocks Aid Workers From Going to N Korea Amid Tense Nuclear Talks - Reports
Moon noted that North Korea is changing under Kim's leadership, citing his surprise after the North Korean leader set no preconditions in inviting Moon to give a speech in Pyongyang on September 19.

World
UNSC Should Begin Reconsidering Sanctions Against Pyongyang – Joint Statement
"We need to engage in inter-Korean cooperation, as well as cooperation between Pyongyang and the international society," he added, also saying that "nudging" North Korea towards opening is a way for Pyongyang to "become a normal state."