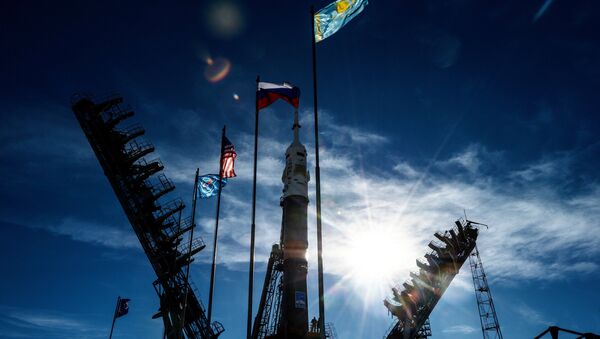 © Sputnik / Alexey Filippov
/
Go to the mediabank
Subscribe
International
India
Africa
The launch of a Soyuz MS-10 spacecraft atop a Soyuz FG rocket manned by a team of two cosmonauts instead of three is set for 11:40 a.m. Moscow time (08:40 GMT) on October 11.

On August 30, the ISS crew detected an insignificant air leak, caused by a microfracture on a wall of the living section of the Soyuz MS-09 spacecraft, docked to the ISS. The hole was patched on the same day to restore the hermetic integrity of the ISS.