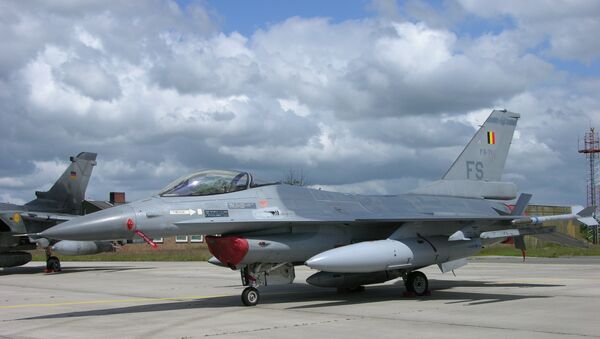 One F-16 fighter-bomber was completely destroyed Thursday afternoon by an explosion while undergoing maintenance on the ground at the Florennes base in Belgium, Sudinfo reported, citing military sources.

Two technicians were injured as a result of the explosion at the Florennes air base in Belgium and were treated on the spot, Sudinfo reported. They suffered hearing problems, not burns.

A fire broke out at around 14:10 local time [12:00 GMT], the military's press service said in a statement. A second aircraft suffered "collateral damage," military sources added, without specifying the extent of the damage.

​As the media specified, firefighters have been deployed to the site to contain the incident.

@BelgiumDefence — On October 11, 2018 around 14h10, a fire broke out during maintenance work on an Belgian AF F-16 on the Florennes Base. The plane burned. A second aircraft suffered collateral damage. https://t.co/xtLAn0QWVq via @BeAirForce #Europe

​The Aviation Safety Directorate has launched an investigation into the explosion.

2 injured, F-16 destroyed in an explosion during a ground maintenance at the Florennes military base in Florennes, Belgium pic.twitter.com/kaE2WSPXT8