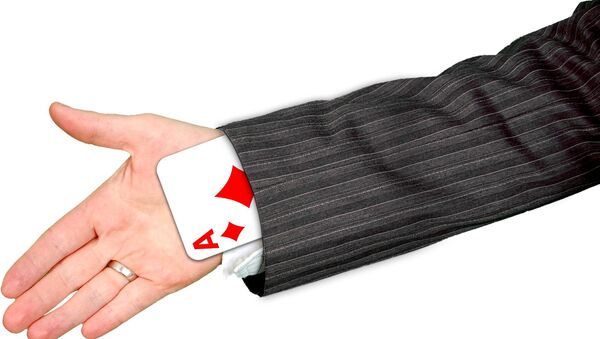 CC0 / /
Subscribe
While preparations for a Brexit deal slowly gain pace in the UK, the German government hasn't been wasting any time.

The German Chancellor Angela Merkel is not a fan of Brexit and having predicted that the future UK-EU relationship is likely to be based on a "very, very intensive free trade area," she has now reportedly taken a step towards a new legislation.

Germany is to let small businesses that had initially registered as British companies to convert to German companies after March 29, 2019.

Thousands of small businesses in Germany used European Union freedoms to register under British rules because of the lower capital requirements. 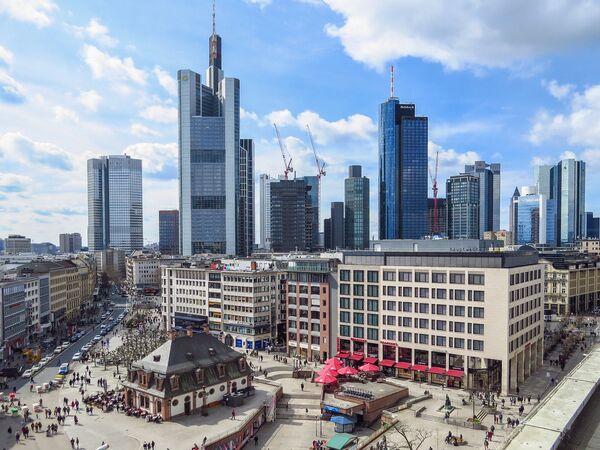 Under the new legislation, these corporations would reportedly be able to become German businesses. And if under current regulations, a limited liability company in Germany is required to have capital stock of over $28,000 (25,000 euros), the new law would not require any more capital when the firms change to register as German companies.

And while the Chancellor's position on Britain's exit from the bloc has been clear — avoid "hard Brexit" at all costs, it doesn't prevent her government from taking necessary measures that would help business in Germany, whatever the UK-EU talks may bring.

Mrs. Merkel addressed the Federation of German Industries (BDI) end of September, warning that she wouldn't' accept the difference for goods, capital and services in Britain's access to EU single market.

She also said that 21-month Brexit transition period won't be sufficient, if the terms of the deal between UK and the EU are not made clear until end of November. 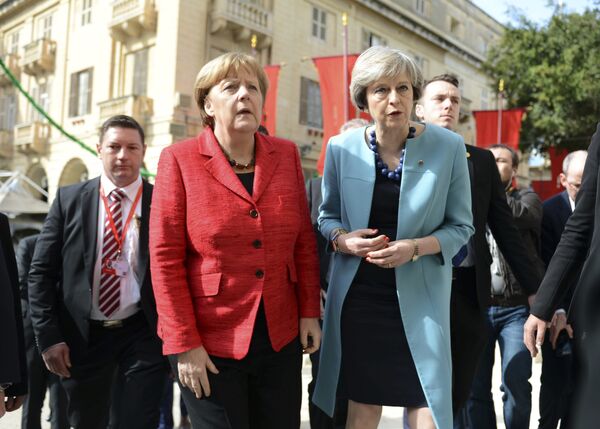 German Chancellor Angela Merkel, left, speaks with British Prime Minister Theresa May, right, as they walk with other EU leaders during an event at an EU summit in Valletta, Malta, on Friday, Feb. 3, 2017.
© AP Photo / Rene Rossignaud

EU leaders will review the state of the negotiations with the UK on 17 October.

"In October we expect maximum progress and results in the Brexit talks. Then we will decide whether conditions are there to call an extraordinary summit in November to finalize and formalize the deal," President Donald Tusk said at the Salzburg informal summit in September.