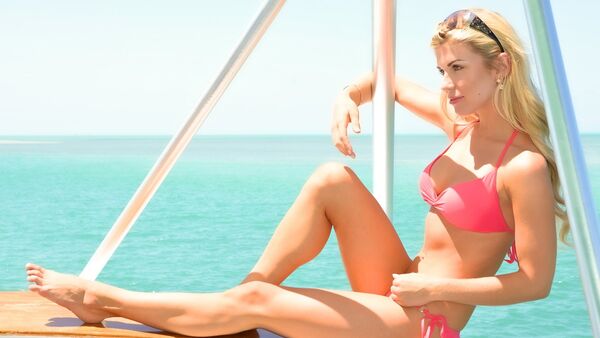 CC0 / /
Subscribe
International
India
Africa
Despite the retailer arguing it is all about viewers’ “subjective” vision of beauty and healthy looks, an advertising watchdog has ruled snaps featuring a model’s visible ribcage, as “irresponsible.”

The UK’s Advertising Standards Authority, ASA, has blocked as many as three Nasty Gal television ads after Manchester’s division of the US fashion online retailer used a model that the watchdog claimed was “unhealthily thin,” according to ASA’s ruling.

The ruling stated that 22 people had filed complaints, thereby challenging whether the ads were “socially irresponsible.”

Nasty Gal responded by saying the model in question wore a UK size 8, weighed 134 lbs. and was 178 cm tall, giving her a body mass index of 18.8, well within the healthy weight range in keeping with NHS guidelines.

As someone who’s naturally skinny and who’s rib cage can appear prominently while being a healthy weight (!!) it’s annoying Nasty Gal had adverts banned due to the model being “unhealthy”…if we can understand being overweight and gorgeous would be nice to have it swing this way

The retailer pointed to the fact that the conclusions about the model’s shape and appearance, if they are healthy or not, are “subjective.”

ASA reviewed the case, summing up that it might be the model’s poses that emphasized her slimness and made her “ribcage clearly visible,” such as bikini shots of her stretching on a sun lounger or applying mist to her tucked-up body.

"We considered that the model appeared unhealthily underweight in those scenes and concluded that the ads were therefore irresponsible," ASA wrote adding they “must not be broadcast in their current form.”

This is not the first time advertising models’ shape has come into the spotlight and led to the advertising regulator having to get involved.

Last April, online fashion retailer Motel Rocks was made to remove five online ads and reshoot their promo campaign, after ASA found that the models' collarbones and shoulder blades were way too prominent.

In 2016, ASA banned a Gucci video ad on the Times website for showing a model with a “gaunt” face.

France, meanwhile, has gone as far as banning agencies from using runway models considered to be excessively slender.